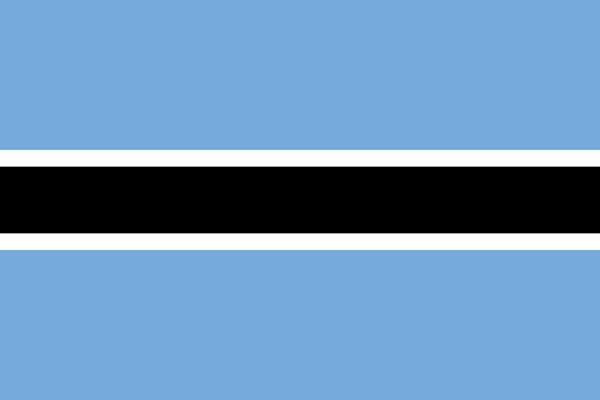 is a landlocked country offers one of the last true wildernesses in Africa with one fifth given over to national parks and reserves that support a huge variety of birds and mammals. The most important feature that sets Botswana apart is the justly famous Okavango Delta, the world’s largest inland delta covering some 15,000 square miles of palm, papyrus, and crystal clear waters. These seasonal flood plains are at their highest during June – August attracting wildlife from far and wide, resulting in one of Africa’s greatest concentrations of wildlife. Most of the country’s landscape is defined by the Kalahari Desert and the Okavango Delta, plus the vast grasslands of the Savuti, the latter home to a staggering amount of wildlife including predators such as resident Lion and Spotted Hyena and the African Wild Dog.

Chobe River National Park: Botswana’s first National park established as a reserve in 1960, is especially famous for the largest population of African Elephants in the world with an estimated seasonal population of 50,000. Extending over 10,566 square kilometres (4,080 sq mi) it holds one of the greatest concentrations of game in all of Africa. The Big Five (Elephant, Lion, Cheetah, Buffalo, and rarely White Rhino) can all be seen within the park alongside other sought after species such as African Wild Dog, Leopard and Spotted Hyena plus smaller numbers of Sable, Roan and Greater Kudu. Smaller predators such as Serval and African Wild Cat can also be found. The Chobe River is the heart of this park and boat trips enable close encounter with many of its inhabitants, Hippo’s and Crocs entertain while numerous bird species include the superb African Finfoot, Rock Pratincole, Rufous-bellied Heron, Goliath Heron, Luapula Cisticola, Black Heron and the rare Slaty Egret, Bradfield’s Hornbill, and dozens of kingfisher, bee-eaters, warblers, storks, spurfowl and plovers. There are lots of wonderful lodges that allow access to this, Botswana’s premier big mammal reserve, often referred to as ‘The Land of The Giants’.

Okavango Delta: When the Okavango Delta is in flood, 15,000 square kilometres of Botswana is transformed into a watery paradise of palms, papyrus & crystal clear channels teeming with wildlife. Epitomized on many wildlife documentaries most of this seasonally flooded delta is inaccessible, but the areas that can be accessed are simply remarkable. The Okavango River which widens and slows as it meanders southwards until it dissipates into this vast inland delta allows easy access by boat with opportunities to get up close to many species of birds, reptiles and mammals. The waters are at their highest during Botswana’s dry season with typical peaks in July and August. The Mahango Game Reserve forms part of the Okavango Delta and is one of the best areas to stay and explore this mighty wilderness. With nearby dry woodlands in the higher reaches of the river valley and reed beds, swamps, and open flooded grass plains, the rich diversity of mammals reach almost 100 species. Among these are Red Lechwe, African Wild Dog, and of course Elephants, Hippos, Lions and Cheetah. With birdlife so prolific it’s easy to build up a list of much sought species such as Rufous-bellied Heron, Slaty Egret, Pel’s Fishing Owl, Wattled Crane, Lesser Jacana, Long-toed Lapwing and even the smart looking Rosy-throated Longclaw.

The Kalahari Desert: The word Kalahari comes from a ‘Tswana’ word which means “the great thirst” or “a waterless place”. The Kalahari is not a true desert and supports more animals and plant life than a true desert. There are small amounts of rainfall and seasonal wetlands, such as the Makgadikgadi Pans, and in all this area supports native flora includes acacia trees and many other herbs, grasses and xeric savanna vegetation. This largely semi-arid sandy savannah extends for 900,000 square kilometres (350,000 sq mi) and covers much of Botswana, as well as parts of Namibia and Southern Africa. The seasonal Pans attract thousands of flamingos plus a wide variety of other iconic species such as Lion, Cheetah, Leopard, Spotted Hyena, Brown Hyena and African Wild Dog. There are of course other mammals that inhabit this desert such as Gemsbok, Blue Wildebeest, Red Hartebeest, Zebra, Greater Kudu, Elephant, Giraffe and many bird species such as Secretary Bird, Martial Eagle, Ostrich, plus bustards, francolins, sandgrouse, hornbills, weavers, larks and many more.

Drotsky’s Cabins, Botswana
A tree shaded paradise on the banks of the Okavango River…