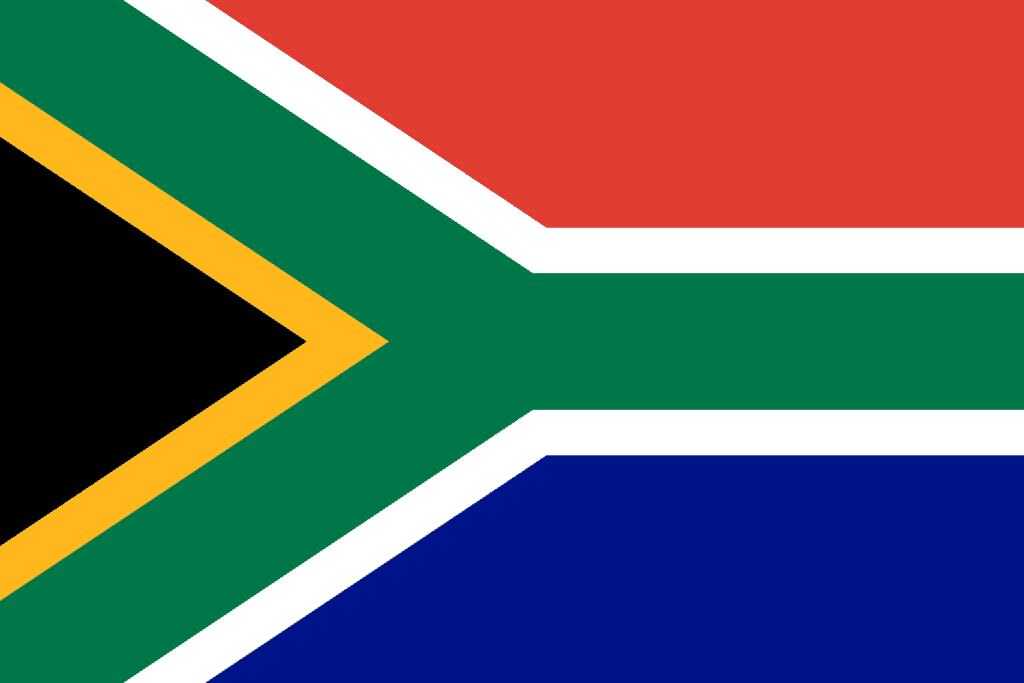 is a country on the southernmost tip of the African continent, with over 59 million people mostly confined to the large cities of Johannesburg and Cape Town. The coastline stretches some 2,500 miles and in itself holds a huge variety of wildlife from nesting birds to thousands of seabirds and mammals such as seals and several species of mighty whale. Surrounded by the Atlantic and Indian Oceans it generally has a temperate climate with most of the landscape of South Africa being flat, but there are mountains and the highest at 11,320 is in the Drakensberg Mountain range. Near the rocky cliffs of the Cape of good hope is the flat topped Table Mountain a reserve that protects huge numbers of flora and fauna. South Africa is marked by several very distinct eco systems which include dry desert like scrub and thornbush (Bushveld) such as Karoo NP and the world famous Kruger NP. These along with several other excellent parks protect many species of birds and mammals including Africa’s Big 5 – Lion, Leopard, Rhino, Elephant and African Buffalo. With numerous endemic and special species in South Africa, superb infrastructure and wonderful National Parks its no wonder this beautiful country is a wildlife paradise.

Hotspots & Wildlife:
Kruger National Park: Set up in 1926 as South Africa’s first national park, this is one of the largest game reserves in Africa covering an area of 7,523 square miles. Stretching some 360 km (220 miles) this famous park has 9 main gates which allow access to many fabulous lodges. In the late 1990s, the fences between the Kruger Park and surrounding game reserves were dropped and incorporated into the Greater Kruger Park. September and October are noted as the driest periods within the park leading into the rainy season which runs through until May. The big five game animals are found at Kruger National Park, which also supports more species of mammals than any other African game reserve at 147 species. There is a good population of African Elephants, plus Black Rhinos, Giraffe, Lion, Leopard, Cheetah and even the endangered African Wild Dog with around 400 individuals in the whole park. With 517 species of birds found at Kruger there are 253 which are resident and include specialties such as the Lappet-faced Vulture, Martial Eagle, Saddle-billed Stork, Kori Bustard, Ground Hornbill and the rare Pel’s Fishing Owl. Add to this over 120 different reptiles and hundreds of species of butterfly and other wildlife and soon becomes clear why this iconic reserve has become so famous.

The Cape: One Both the Cape of Good Hope, Table Mountain and Cape Point offer spectacular rugged scenery; encompassing the whole of the southernmost portion of the Cape Peninsula. Often refered to simply as “The Cape” this wild, scenic and generally unspoiled area is home to a large array of mostly endemic fauna and flora. The fynbos (meaning fine-leaved plants) is an area known for its exceptional degree of biodiversity and endemism, in fact it includes over 8,500 endemics. If the flora of the Cape is not enough of an attraction then the 250 species of birds include many that are sought after, rare and endemic. Colonies of African Penguins have become a famous along the coast and even Common Ostrich’s venture down the sea which is not where you expect to see them. Cape Francolin’s and Cape Sparrows are easy to see and even Cape Sugarbird and Orange-breasted Sunbird are not hard to find. Among the unique mammals there is the attractive Bontebok, Red Hartebeest, and up to 11 troops of Chacma Baboons. The notorious rough seas off the cape are full of nutrients and attract unprecedented numbers of seabirds with countless petrels, shearwaters, gulls and even albatrosses as well as several species of cetacean including the impressive Southern Right Whale. Finally the Cape offers some of the very best opportunities to see and cage dive with one of the oceans greatest predators the mighty Great White Shark!

Karoo National Park: Founded in 1979 the Karoo National Park, found in the Western Cape, South Africa near Beaufort West consists mainly of semi-desert and covers an area of 750 square kilometres. A lot of the park is dominated by flat topped hills formed by rocks known as dolerite sills. These hills overlook the rock strewn sandy land where vegetation consists primarily of dwarf shrubs and grasses. This is a wonderful place to explore in 4×4 vehicles and opportunities for many species of birds, mammals and other wildlife make for a very exciting stay. The Karoo National Park is a sanctuary for herds of Springbok, Gemsbok, Cape Mountain Zebra, Cape Buffalo, Red Hartebeest, Eland, Kudu, Klipspringer, Bat-eared Fox. It also has five species of tortoise, more than any other park in the world. Over 260 species of birds can be searched for including specialities such as Karoo Korhaan, Namaqua Sandgrouse, Bokmakierie, Karoo Long-billed Lark, Karoo Lark, Chestnut-vented Warbler and Orange River White-Eye. With luck you may even get to see the shy Cape Eagle-Owl.

For accommodations and lodges throughout South Africa – Click here>