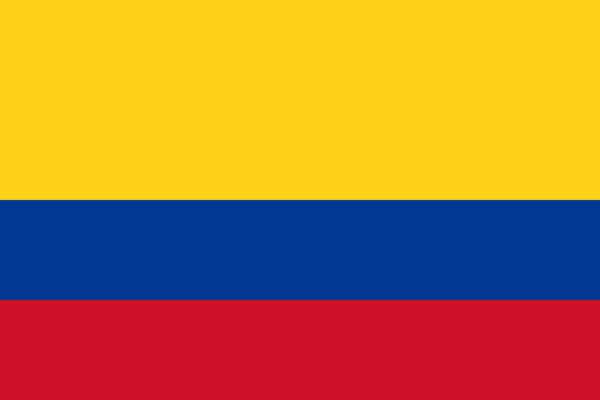 has always been one of the world’s most diverse and exciting destinations, but until the last decade it was pretty much left to the most adventurous and serious travellers. Thankfully things have moved on dramatically and the country has become an incredible icon of change. Friendly locals, new nature reserves, excellent local guides and some wonderful lodges have seen naturalists and especially birdwatchers from all over the world flock to enjoy the natural wonders of this wildlife mecca! This one country offers the richest avifauna on Earth, with 1,963 bird species including 80 that are endemic and 133 that are globally threatened. New flora and fauna are being discovered all the time which makes Colombia one of the most interesting countries for research and future conservation. The geography of Colombia is as diverse as its nature and is characterized by six main natural regions that include the Andes Mountain range running north to south, the Pacific and Caribbean Coastal regions, the Llanos, the Amazon Rainforest and the insular area, which comprises islands in both the Pacific and Atlantic oceans. Within these regions are 32 terrestrial biomes and 314 types of ecosystems which in turn protect 467 species of mammal, 1,963 species of birds, 518 species of reptiles, 623 species of amphibians, and 3,200 species of resident fish. Colombia also has over 51,220 species of plants, of which nearly 30 percent are endemic.

Santa Marta: The City of Santa Marta sits on the Caribbean coast in north east Colombia below snow-clad Sierra Nevada de Santa Marta mountain range which rises abruptly out of the ocean to a height of around 2,800 metres (9,186) feet. More inaccessible mountains in this range rise to 5800m (19,000 ft) and nowhere else on earth is the distance so short between the sandy beaches on the coast to snowy mountain tops. This is a unique area of high endemism with around 20 species of birds most of which have the prefix ‘Santa Marta’ that occur nowhere else on Earth. One accessible road by 4×4 takes you to the small town of Minca and from there you can travel higher towards San Lorenzo and a fabulous lodge that is the perfect base to search for these special birds. The newly discovered Santa Marta Screech Owl can be found as well as Santa Marta Brushfinch, Santa Marta Foliage-gleaner, Santa Marta Antbird, Santa Marta Antpitta, Santa Marta Woodstar and these just around the lodge. A little higher up on the ridge it is possible to add Santa Marta Warbler, Santa Marta Parakeet, Santa Marta Mountain Tanager, Santa Marta Bush Tyrant, Santa Marta Tapaculo and the recently recognized Hermit Wood Wren.

Mitú: Located in South eastern Colombia in the Amazon Basin this small town is one of the new hotspots of Colombia. It is only accessible by airplane or river boats as there are no roads connecting it to the rest of the country, making it the most isolated Capital in Colombia. The habitats and amazing ecosystems consist of the rare White Sand Forest, Varzea and Riparian Forests, which hold an incredible variety of rare and specialized species. The indigenous communities are now starting to benefit from revenue brought in by eco-tourism and birdwatchers, and well trained local guides are now in high demand. Among the huge list of sought after bird species are Chestnut-crested Antbird, Black Manakin, Tawny-tufted Toucanet, Brown-banded Puffbird, Azure-naped Jay, Pompadour Cotinga, Fiery Topaz, Orinoco Piculet, Black Bushbird, Guianan Cock-of-the-Rock, Cinnamon Neopipo, Collared Gnatwren, Chestnut-belted Gnateater, Collared Puffbird and even the rarely seen Red-billed Ground Cuckoo. There are certainly more discoveries to be made in this fascinating area.

Los Nevados National Park: Also known as ‘Parque Los Nevados’, it was opened in 1973 and is located in the Cordillera Central of the Colombian Andes, where it extends to over 58,300 hectares and is topped by the snow-capped Nevado del Ruiz at 5,325m (17,470 ft) tall. The park was created in order to protect various ecosystems and changes in altitude see diverse changes in these ecosystems which in turn support a different range of species. Thirty-seven rivers start their life here and pass through habitats such as páramo, peat bog, scrubland, swamps and lagoons, to lower regions of the park which are composed of Andean forests, grasslands, and wooded valleys. The entrance to this park is near the city of Manizales which makes a good base for exploring this incredibly scenic area. There are a number of interesting mammals that inhabit quieter areas such as Mountain Tapir, Spectacled Bear, Northern Pudú, Oncilla, and Puma but pretty much all of these are difficult to find and rarely seen. The birdlife here is much more visible and contains many localised and sought after species including the Buffy Helmetcrest hummingbird, a hummingbird endemic to the region. Other noteworthy birds include Fuertes’s Parrot, Rufous-fronted Parakeet, Black-thighed Puffleg, Rainbow-bearded Thornbill and the often very showy Tawny Antpitta.