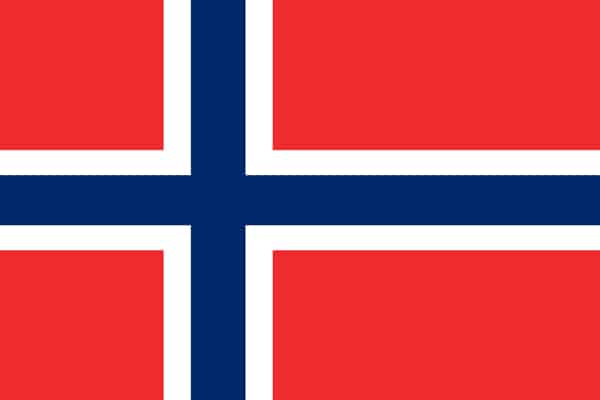 stretches approximately 2000 kilometres from the north to the south, and offers a wide range of habitats that include Arctic Zone, through marshes, peat bogs, pine forest, deciduous woods, lakes and coastal areas. There are around 17 national parks, and over 900 nature reserves, with 45 % of the land covered by mountainous and treeless terrain. Most of the wildlife and birdlife within central and south Norway is similar to neighbouring Finland, so the real attraction for naturalists and birdwatchers is Norway’s northern Arctic Zone. Seabird cliffs hold millions of nesting birds, and bogs and moorland are breeding habitat to many species of shorebirds and waterfowl. The pine forests have breeding boreal species with a good number of owl species plus Capercaillie and three species of grouse. The summer months are when most tourists visit and this is when nature is at its best and a time of year that also experiences the midnight sun with almost 24 hours of daylight. Beyond mainland Norway and around 650 miles and halfway to the North pole lies the Norwegian archipelago of Svalbard (Spitsbergen). These Arctic islands are not only remote and mostly uninhabited they are also home to many rare and unique animals of which the endangered Polar Bear has become a symbol of global conservation.

Hotspots & Wildlife:
Vardö: Vardö is situated at the north-eastern tip of the Varanger Peninsula and is probably the most famous area in Norway for birdwatchers. The town is on the island of Vardøya and is connected to the mainland by the 3km long undersea Vardø Tunnel, the first of its kind in Norway. The polar climate is surrounded by treeless tundra and away from the snowy winters this habitat plays host to many breeding birds such as Shore Lark, Bluethroat, Red-throated Pipit, Twite, Lapland Bunting and Arctic Skuas. Around the harbour and shoreline it’s fairly easy to see the Huge White-tailed Eagle, plus Ravens and often a good variety of gulls that may include both Iceland and Glaucous Gull. Probably the major highlight of staying at Vardo is to take the short boat to the tiny island of Hornöya. This is seabird heaven and the waters between the Vardo and this island are often teeming with thousands of Common Eider, Shags, Guillemots and often King Eider or even the increasingly rare Steller’s Eider. Once on the island your senses are hit by thousands of nesting seabirds that include Thick-billed Murre, Common Murre, Atlantic Puffin, Razorbill, Black Guillemot, Black-legged Kittiwake, Shag and even a few breeding Leach’s Petrels.

Spitsbergen: Norway’s Svalbard archipelago is about 650 miles from the mainland and about the same distance from the North Pole. Also referred to as Spitsbergen these arctic islands are served by its largest settlement called Longyearbyen. It is here that many ships set sail on Arctic cruises and many of these are wildlife focussed with the big goal being the sighting of the magnificent Polar Bear. Unfortunately these marine mammals are highly endangered with a population that’s decreasing due to climate change and the melting of the sea-ice. Other creatures seen from these cruises include Blue and Fin Whales – the largest creatures on Earth, plus Bearded Seals, Walrus and on land both Reindeer and Arctic Fox. Birds include the splendid Ivory Gull, plus chances for Sabine’s Gull or even Yellow-billed Loon. Back around the small coal mining town of Longyearbyen it’s easy to find nesting Snow Buntings, plus lots of Common Eider and Arctic Terns. Along the shoreline and nearby pools you can find beautiful Red and Red-necked Phalaropes plus the stunning King Eider, Purple Sandpipers and maybe Barnacle and Pink-footed Geese. A little further out of town it’s possible to visit cliffs that hold thousands of tiny Little Auks and nearby the local race of Rock Ptarmigan.

Varanger Peninsula: The Varanger Peninsula is more than just a hotspot as its famous scenic route runs from Varangerbotn to Hamningberg, a total distance of 160 km. This rugged and desolate arctic scenery is one of Europe’s best birdwatching areas where you can discover rare and sought after species all along its coastline and inland tundra. Flocks of the rare Steller’s Eiders are getting increasingly harder to find, while King Eider, loons and arctic sea duck are all still plentiful. The rarer Yellow-billed can be found with luck, while the huge White-tailed Eagle is a familiar site and almost unmissable as they sit on what seems like every rocky outcrop or beach. On the more open tundra Long-tailed and Arctic Skuas breed alongside shorebirds such as Golden Plover and Ruff, as well as Rock Ptarmigan. Small icy pools can harbour Red-throated Loons and delightful Red-necked Phalaropes or Long-tailed Ducks and grassy fields often support flocks of geese such as Barnacle, Pink-footed, Bean and even rare Lesser White-fronted on occasions. Among the arctic scrub and small birch woods it’s possible to find Arctic Redpoll, Brambling, Arctic Warbler, Siberian Jay, Red-throated Pipit, Waxwing and Pine Grosbeak. With such wonderful scenery and amazing birdlife it’s no wonder this area is so popular.