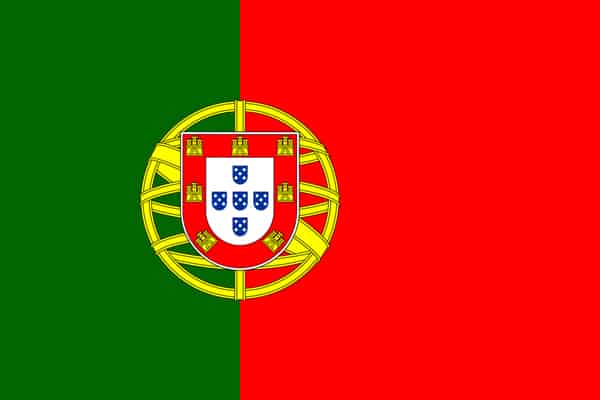 is in the south western most corner of Europe, bordered in land by Spain to the east and north and the North Atlantic Ocean along its west and southerly coasts. Having many national parks, and nature reserves and enjoying a wonderful mild climate it offers some of Europe’s very best wildlife experiences. Probably one of the best known areas is the Algarve which is also a magnet for holiday tourism with its cobblestone streets, history and golden sand beaches. For the nature lover there are lots of fabulous habitats that include lakes, rivers  estuaries, rocky cliffs, marshes, sand dunes, cork oak forests, grasslands and Mediterranean scrub. With this huge variety of habitats it’s no wonder the wildlife is special and varied. Some of Europe’s most sought after birds include Black-shouldered Kite, Great and Little Bustards, Audouin’s Gull, Spanish Imperial Eagle, Iberian Magpie, Red-necked Nightjar and White-rumped Swift. Portugal also includes 2 island groups, the Azores which are about 850 miles southwest of Lisbon the capital, and Madeira which is 600 miles south of Lisbon. Both of these island groups hold endemic and special species and are home to several very rare seabirds. With wonderful birds, fantastic scenery, numerous nature reserves and over 140 species of butterfly, Portugal has it all.

Hotspots & Wildlife:
Algarve: The Algarve is located at Europe’s western most tip, in the south of Portugal. It has three natural borders, the Atlantic Ocean in the west and south, the Guadiana river in the east which separates it from Spain and lastly the mountain ranges in the north, dividing it from the rest of Portugal. The region is best known as a tourist attraction with its white sand beaches, quaint villages and wonderful warm climate. For birdwatchers, botanists and nature lovers this area is vast and diverse with habitats that range from coastal lagoons, marshlands, through dry steppe and up into the wonderful Serra de Monchique Mountains. It’s this natural diversity that is one of Portugal’s greatest assets along with a number of birds and other wildlife that are very localised and difficult elsewhere in Europe. Bonelli’s Eagle, Spanish Imperial Eagle and Black-shouldered Kite are key species as well as Iberian Magpie, the rare Audouin’s Gull and of course both Great and Little Bustard. There is a large diversity of plants including close to 30 species of orchid, and around half the total of Portugal’s butterflies exist in this superb area with around 70 species. There are even a few Eurasian Lynx in the Malcata mountains, but these are very shy and seldom seen.

Madeira: Madeira is an autonomous region of Portugal that comprises an archipelago of 4 islands which include Porto Santo and the uninhabited islands of Salvagens and the Desertas. Madeira is basically the top of the volcano which becomes fairly obvious when you look at its steep rugged coastline. Nearly one quarter of the island is covered with Laurel Forest and an amazing three quarters of the archipelago including the whole of the Salvagens and the Desertas islands are totally protected and were declared a UNESCO World Heritage site in 1999. Madeira’s third highest peak Pico do Arieiro at 1,818 m high is home to Europe’s rarest breeding seabird, the endemic Zino’s Petrel. Confined to just six breeding ledges above the Nun’s Valley the total population is between 65–80 breeding pairs. These rare birds are best seen from pelagic boat trip that are regularly run during the summer season. Other species possible from these boat trips include Fea’s and Desertas Petrel, White-faced Storm Petrel, Bulwer’s Petrel and a few species of whales and dolphins. Endemic land birds include the Trocaz Pigeon and Madeira Firecrest, and there are 2 endemic butterfly species the Madeiran Grayling and Madeiran Speckled Wood, plus one reptile, the Madeira Wall Lizard.

Azores: Another autonomous region of Portugal the Azores is situated in the middle of the Atlantic Ocean roughly 800 miles west of mainland Portugal. There are nine major Azores islands all of which have volcanic origins, although not all are now active. The climate is generally very mild and subtropical which is helped by the nearby Gulf Stream which produces some of the warmest winters in Europe. Marine life is very well represented and is especially prevalent in the Dollabarat Reef which holds a  very rich variety of maritime species. Seabirds are very interesting as the islands not only hold the largest known colonies of Cory’s Shearwater in the world but are also home to the endemic Monteiro’s Storm-petrel which was only described to science as recently as 2008. Other possible seabirds include Barolo Shearwater, Bulwer’s Petrel, Wilson’s and Madeiran Storm-petrels, and a surprising number of rare vagrant ocean wanderers. Talking about vagrants the islands have become quite famous amongst birdwatchers as a hotspot in Sept/Oct to search for migrant North American bird species. Aside from seabirds and rare vagrants there is just one endemic land bird the Azores Bullfinch, there is also just one endemic mammal the Azores Noctule (Bat), while three species of butterfly are found nowhere else on Earth.