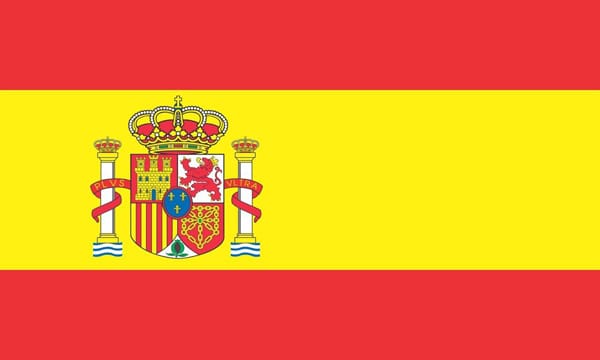 probably offers the most varied landscapes and habitat anywhere in Europe, and has an incredible variety of wildlife and indeed wildlife watchers. This diversity is due to a combination of geographical location, combined with a huge variety of micro climates and ecosystems that range from coastal islands, through dry stony deserts, Mediterranean scrub, forests, huge marshlands and then high mountains and alpine meadows. Wildlife abounds with over 600 species of birds, over 100 different types of mammal, plus hundreds of beautiful butterflies and flowers. Unique reptiles and amphibians can be found, numerous dragonflies, over 140 species of orchid and in the rich seas that surround its rocky coasts, there are seabirds, and amazing numbers of whales and dolphins. With great infrastructure, wonderful, food, easy going friendly people and many excellent national parks and reserves, Spain is without doubt one of the best places in Europe for anyone with a love of nature and wildlife.

Pyrenees: The mountains and valleys of the Spanish Pyrenees have long drawn birdwatchers and botanists from all over the world. With spectacular scenery and mountains that reach over 11,000ft, this huge mountain range separates Spain from France. From the foothills to highest peaks there is more than enough wildlife to keep even the most enthusiastic naturalist fully immersed. The rocky crags and wooded hillsides are home to many birds of prey, including the huge and majestic Lammergeier, plus Golden Eagles, Short-toed Eagles, Red and Black Kites, Egyptian Vulture and good numbers of Griffon Vultures. Summer is a magical time to explore the Pyrenees with meadows full of alpine flowers, Orchids and literally hundreds of Butterflies. Mountain streams hold Dippers and Pyrenean Newts, while remote peaks are home to Pyrenean Chamois, Alpine Marmot and surprisingly a handful of Brown Bears. Birds include sought after species such as Wallcreeper, Snow Finch, Alpine Accentor, Citril Finch, Alpine Chough and Red-billed Chough, Water Pipit, Ring Ouzel and Common Rock Thrush. Wild Boar and Red Squirrels inhabit the Beech and Pine woods, along with Black Woodpecker, Crested Tit and Firecrests. Among the countless species of butterfly are the impressive Apollo, plus swallowtails, fritillaries, skippers and iridescent blues. The Pyrenees offers it all.

Coto Doñana: One of the most famous and indeed important birdwatching sites in Europe this UNESCO World Heritage Site protects huge marshlands, dunes, rice paddies and streams within the delta of the Guadalquivir River. Lying in Andalusia in southern Spain this national park is home to a huge biodiversity of fauna and flora. It can be visited at any time of year and each season offers something different. In winter the wetlands hold more than half a million (500,000) water birds that include Wigeon, Pochard, Teal, Greylag Goose, herons, gulls and very localised species including White-headed Duck, Red-knobbed Coot and Marbled Teal. Up to 10,000 Greater Flamingos add colour birds of prey are evident. Summer months and both spring and autumn migration play host terns, shorebirds and special birds like Iberian Magpie, Red-necked Nightjar, Great Spotted Cuckoo, Collared Pratincole, Pin-tailed Sandgrouse plus raptors such as Black-winged Kite, and the superb Spanish Imperial Eagle. There are areas of this park that are inaccessible to the public, and it is mostly in these areas that the incredibly rare Iberian Lynx makes its home, but you would need to be very lucky to see this attractive cat.

Monfragüe National Park: North of Trujillo and located within the region of Extremadura the Monfragüe  National Park covers an area 30km long and 7km wide, and ranges between 450 – 750m in altitude. The main habitat types are dry scrub, oak woods, rocky out-crops, rivers and a reservoir. The long ridge of mountains that include the rock face known as Peña Falcon is noted for its importance as a breeding area for a selection of rare birds including Cinereous Vulture, Black Stork, Spanish Imperial Eagle and the rare Bonelli’s Eagle. Home to thousands of other birds of prey such as the delightful Black-winged Kite, Golden Eagle, Peregrine Falcon, and more than 600 pairs of Griffon Vultures, it is also prime habitat for Red-billed Chough, Black Redstart, Red-rumped Swallow, Rock Sparrow, Black Wheatear, Alpine Swift, Crag Martin and the scarce White-rumped Swift. Eurasian Eagle-Owls live in rocky gorges and several mammals in the area include Wild Boar, Red, Roe and Fallow Deer, Mouflon, Red Fox, Badger, Genet, Polecat, Beech Marten and if you are very lucky the shy Wild Cat, Iberian Lynx and Otter. The Tagus and Tiétar rivers that surround Monfragüe are in themselves surrounded by Holm and Cork Oak, Turpentine Trees and Wild Olive, while grasslands and marquis scented with French Lavender, Yellow Rock Roses, Blue Lupines and orchids attract a kaleidoscope of butterflies and other pollinators making a visit to this wonderful area simply unforgettable.