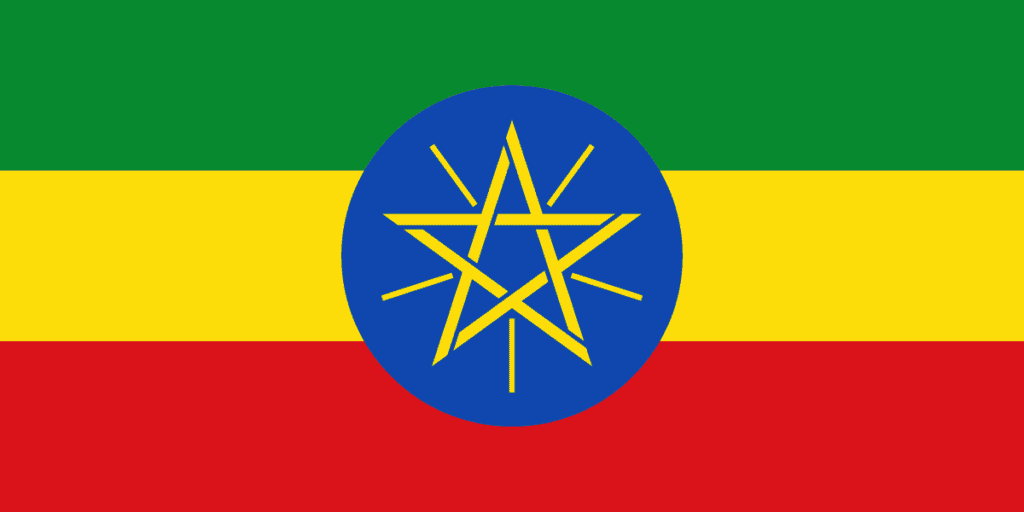 is blessed with incredible scenery and some amazing wildlife that you’ll find nowhere else in the world. For the birdwatcher there are some 873 species of which at least 596 are resident and 224 are regular seasonal migrants. Generally the best months to see these are between October-December, just after the rains. With 19 or so endemic birds Ethiopia certainly has a lot to offer, and once you add several very rare and localised mammals it becomes even more enticing. The largest population of Ethiopian Wolf can be found in the Bale Mountains, with a population of around 500 individuals. Mountain Nyala can also be found, as well as Walia Ibex, Beisa Oryx, Gerenuk and huge troops of Gelada Baboons that have now become a magnet for wildlife watchers. Among the many unique endemic birds are Rouget’s Rail, Prince Ruspoli’s Turaco, Spot-breasted Plover, and Stresemann’s Bushcrow, while reptiles, butterflies and thousands of plants including the very impressive Giant Lobelia help to secure this as an important wildlife destination.

Hotspots & Wildlife:
Bale Mountains National Park: One of the most important ecological areas in Africa, lying in Ethiopia’s southern highland massif is the Bale Mountains National Park. This wonderful park contains three main ecosystems and is arguably one of Ethiopia’s best wildlife destinations. Home to 20 endemic mammals including the Ethiopian Wolf the rarest canid in the world, there is also species like Giant Root Rat, Menelik Bushbuck and even Gelada Baboon and Spotted Hyena. Grasslands and forests hold Cape Eagle Owl, Abyssinian Longclaw, Abyssinian Ground Thrush, and on the Sanetti Plateau just before reaching the plateau, are Rouget’s Rail, Moorland Francolin and the beautiful Spot-breasted and Blue-winged Goose. Several of these birds also occur in the highlands which rise over 4,000ft and for a birdwatchers this is a must visit area. Wattled Ibis can be found as well as Lammergeier, Golden, Imperial and Steppe Eagles, Wattled Crane and Groundscraper Thrush. Slightly lower down its still possible find that African Wild Dogs and Lions, with the latter having a distinct black mane which makes them distinct from all other African Lions. The Bale Mountains are also home to dozens of reptiles and amphibians, and a huge variety of plant life. There are around 1,300 species of flowering plants in these mountains, of which 12% are endemic to Ethiopia and 14% endemic only found in the Bale Mountains.

Awash National Park: Awash National Park borders the Awash River, and covers some 756 square kilometres of acacia woodland and grassland making it a magnet for wildlife. The Awash River gorge offers spectacular scenery with amazing waterfalls, and hot springs, and holds more than 450 species of birds such as Ostrich, Scissor-tailed Kite, Pygmy Falcon, Buff-crested, Hartlaub’s, Kori and White-bellied Bustards, Heuglin’s Courser, Chestnut-bellied, Four-banded, Lichtenstein’s and Spotted Sandgrouse, Bruce’s Green Pigeon, and is probably the easiest place in the world to find the impressive and highly sought after Arabian Bustard. There are plenty of other species of birds to keep even the most keen birdwatcher busy with  Northern Carmine Bee-eater, Nile Valley Sunbird, Yellow-breasted Barbet, Somali Fiscal, Egyptian Nightjar and Black Scrub Robin. Mammals are well represented and include Beisa Oryx, Hamadryas Baboon and Soemmerring’s Gazelle, Swayne’s Hartebeest, Grevy’s Zebra, Gerenuk, Lesser Kudu, Aardvark, Bat-eared Fox, Black-backed and Golden Jackals, Crested Porcupine and if you are lucky Caracal, Serval, Spotted and Striped Hyenas, Lion, Leopard, Aardwolf and even Wild Ass. Situated just over 200 kilometres east of Addis Ababa this national park offers a diverse range of wildlife and should not be missed out on a tour to this wonderful country.

Simien National Park: The Simien Mountains National Park is situated on the north-western side of the Simien mountains massif in northern Ethiopia, around 900km north of Addis Ababa. A UNESCO World Heritage Site it offers some of the world’s best trekking alongside incredible wildlife and superb lodges. At 4,550m Mount Bwahit is Ethiopia’s highest peak and often endures heavy rains from June through to mid-September. The best time to visit is from October – May where views across valley’s, gorges, and plateaus, are simply stunning.  The park holds an impressive number of endemic species with major endemics such as Walia Ibex, Gelada Baboons, and the impressive Ethiopian Wolf. The Gelada Baboons can be found in several places in Ethiopia, but here in the Simien Mountains, groups of 5,000 plus are not unusual and make for a true wildlife spectacle. These mountains are also home to the last remaining Walia Ibex plus the delightful Klipspringer as well as countless species of plant life. Birds are another attraction with Chestnut-naped and Erckel’s Francolins, Lammergeier, White-collared Pigeon, Abyssinian Catbird, Abyssinian Wheatear, Ankober Serin, White-cheeked Turaco, Blue-breasted Bee-eater, White-rumped Babbler, and Ethiopian Siskin to name a few.