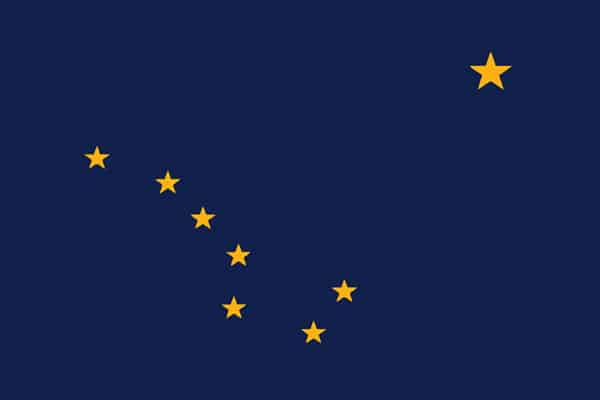 is by far the largest U.S. state at 663,268 square miles (1,717,856 km2), yet it is the most sparsely populated. Recognised as one of the great wildernesses, the ‘Last Frontier’ it is located in the northernmost and western most state in the United States and is bordered by Canada. With thousands of miles of coastline, and the highest mountains on the continent it has some of the most spectacular scenery anywhere on Earth. Millions of nesting seabirds can be found along the rugged coastline and the Aleutian Archipelago. The Pribilof Islands and in particular St Pauls offer some of the best close photography opportunities of numerous nesting murres, puffins, and auklets imaginable. Many species of other birds travel to Alaska to breed during the short arctic summer. Among the most sought after species are Snowy and Northern Hawk Owl, Bristle-thighed Curlew, Emperor Goose, Aleutian Tern, Red-legged Kittiwake, Fork-tailed Storm-Petrel, 3 species of Albatross, 4 species of Eider, Smith’s Longspur and the states only endemic bird the Mackay’s Bunting. The Alaska Peninsula provides important habitat for many exciting mammals and other wildlife, including Polar Bear and Brown Bear, Muskox, Caribou, Moose, Hoary Marmot, Dall’s Sheep, Arctic Fox, Sea Otter, Dall’s Porpoise, Orca, Humpback Whale, and Steller’s Sea-Lion. Alaska also has two species of frogs, three species of salamanders and quite a variety of fish species in its lakes, rivers, and oceans.

Hotspots & Wildlife:
Nome: Set at the tip of the Seward Peninsula and overlooking the Bering Sea, the small rustic town of Nome is most famous as the site of the 1899–1909 Gold Rush. Nowadays the treasures of this arctic oasis are its nature and wildlife. Just three roads head out of town, to Teller in the northwest, to the Kougarok River in the north, and to Council in the northeast, and all hold a wealth of exciting birds and mammals. The short cool summers in stark contrast to the extreme cold winters are the time most people visit and understandably why. Muskox and Moose can often be found but a little more luck is needed to spot Wolf, Lynx or one of local Brown (Grizzly) Bears. Among the incredible variety of birds that can be found during the breeding season are the elusive Bristle-thighed Curlew, Emperor Goose, Rock Sandpiper and elegant Aleutian Tern. There are plenty of other breeding birds to be found such as Rock & Willow Ptarmigan, Black-bellied Plover, Gyrfalcon, Eastern Yellow Wagtail, Bluethroat, Arctic Warbler, Northern Wheatear, Gray-cheeked Thrush and Varied Thrush. Several warbler species include Blackpoll, Orange-crowned, Wilson’s Warbler and Northern Waterthrush, while there is a list of rarities that often turn up such as Yellow-billed Loon, Red-necked Stint, Spectacled Eider, Ross’s Gull and even Siberian Rubythroat.

Denali National Park: Denali National Park and Preserve formerly known as Mount McKinley National Park encompasses 6 million acres of Alaskan wilderness. The impressive landscape is a mixture of deciduous taiga forest plus tundra and at higher elevation snow capped mountains and glaciers, with the centrepiece being North America’s tallest peak Mount McKinley at 20,310 ft. Within Denali National Park is a wilderness area and Preserve called the Denali Wilderness. This wilderness area comprises about one-third of the current national park and preserve and covers 2,146,580 acres. Home to an enviable variety of North American birds and mammals, it is mostly the big mammals that attract thousands of visitors. There are said to be 13 packs of wolves, an estimated 300 -350 Grizzly (Brown) Bears, over 2,000 Caribou, and nearly 1,500 Moose. Dall’s Sheep can be found on the mountainsides and a host of other mammals include Coyotes, Canada Lynx, Red and Arctic Fox, Beaver, Wolverine, Hoary Marmot, Arctic Ground Squirrel, Collared Pika and Snowshoe Hare. Among the 160 bird species regularly found in the park are 5 species of grouse and ptarmigan, Gyrfalcon, Boreal Owl, American Three-toed and Black-backed Woodpeckers, Grey Jay, Boreal Chickadee, Pine Grosbeak and Arctic Warbler. Ten species of fish occur including trout, salmon, and Arctic Grayling, and over 450 species of flowering plants brighten the short summer season.

St Paul: St. Paul is a small volcanic island in the chain of islands known as the Pribilofs, a group of four Alaskan volcanic islands located in the Bering Sea between the United States and Russia. It has a land area of just 30 square miles (78 km2) and is most famous amongst birders and naturalists for the huge population of breeding seabirds that occupy the sheer cliffs that rise out of the sea along the rugged and rocky shoreline. The seabird cliffs were purchased in 1982 and now form part of the Alaska Maritime National Wildlife Refuge. Surrounded by some of the world’s richest fishing grounds its no wonder up to half a million seabirds and the largest single population of Northern Fur-Seals in the world numbering around 500,000 call this home. The breeding seabirds are a dream for photographers as the access and close proximity of the birds on the cliffs allow incredible views and picture opportunities. Among the selection of bird that fill the rocky ledges are the rare Red-legged Kittiwake, Tufted and Horned Puffins, Crested, Parakeet and Least Auklets, Thick-billed and Common Murres, Northern Fulmars and Red-faced Cormorants.