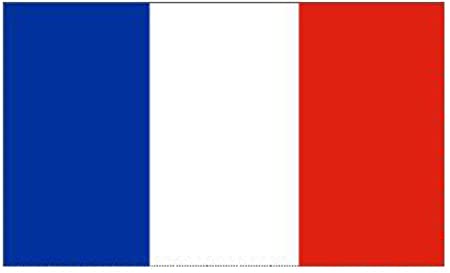 is situated in Western Europe and at roughly five times the size of Britain, France offers a huge variety of natural landscapes and wildlife. From the high snow-capped peaks of the Alps, Pyrenees and Jura mountains that rise to 4,810.45 metres (15,782 ft), through to dry desert areas, mature forests, lakes, rivers, extensive marshes and Mediterranean scrub, France has it all. The country also includes the island of Corsica which holds France’s only endemic bird, the Corsican Nuthatch. There are 9 national parks, and numerous regional parks and nature reserves supporting a diverse number of habitats which in turn supports a rich and varied list of wildlife. Mountain ranges hold Alpine Ibex, Eurasian Brown Bear, and a few hundred Wolves, plus Griffon Vultures and Lammergeier while dense forests hold up to 6 species of woodpecker, Crested Tits, flycatchers, warblers and even Tengmalm’s Owl. France (including Corsica) is home to around 260 butterfly species including several that are endangered, it is also home to around 91 species of dragonfly and damselfly. And with nearly 5,000 species of plants it is a dream destination for botanists.

Hotspots & Wildlife:
Camargue: The Camargue Natural Park is probably one of the best known places for birdwatching in France. Covering a huge area of over 900 sq. km this marsh and wetland is formed as part of the extensive delta of the Rhone river where it meets the Mediterranean sea. Habitats include lagoons, salt pans, rivers and meadows surrounded by countless vineyards and fruit orchards. With such an astonishing amount of wildlife this has become a site of immense importance for migratory and resident breeding birds. Huge numbers of Greater Flamingos nest here, along with Collared Pratincole, 8 species of Heron, Gull-billed and Whiskered Terns, Slender-billed Gull, Glossy Ibis, Kentish Plover, European Bee-eater, Penduline Tit, many types of reed-bed birds including Moustached Warbler and Great Reed Warbler. There are even Spectacled Warblers in the low scrub. In winter the park plays host to tens of thousands of waterfowl offering an unforgettable experience. And the same can be said for the spring and autumn when hundreds of migrating birds use the park as a fueling station as they head on their various journeys. With sandy roads, and the famous Camargue White Horses the whole area is often referred to as the “Wild West of France.”

Le Brenne Natural Regional Park: Located in Central France just south of the Loire Valley and covering 166,000 hectares or roughly 30 by 40 miles across, this is the “Land of a thousand lakes”. A dream destination for birdwatchers and botanists, and those with an interest in dragonflies and butterflies, the habitats range from lakes, reed beds, fish ponds, heathland, broad-leaved forest and flower-rich meadows. From mid-October to mid March up to 3,000 Common Cranes spend the winter mostly feeding on the arable fields. Rich birdlife abounds at all times of year but the spring and summer months are prolific with breeding birds such as nesting colonies of European Bee-eaters, Hoopoe, Golden Oriole, Wryneck, Red-backed Shrike, Black Redstart, Serin, Common Nightingale, Savi’s, Melodious, Western Bonelli’s Warblers, Turtle Dove, Quail and Stone Curlew. Whiskered Terns are plentiful, Montague’s Harriers drift across the fields, while Little Bittern, Purple Herons and Garganey keep well hidden in the reeds. Flowers are plentiful with around 36 types of orchid recorded, reptiles and several mammals exist. And the whole area is very good for Dragonflies with nearly 70 species, and Butterflies with no fewer than 100 species.

Corsica: This is the fourth-largest island in the Mediterranean Sea, after Sicily, Sardinia and Cyprus and lies just southeast of the French mainland. It is probably most famous as the birthplace of Napoleon Bonaparte and is steeped in history. Mountains make up two-thirds of the island with the highest peak at 2,706 m (8,878 ft). Covering nearly 40% of the island is the rugged “Parc Naturel Régional de Corse” created in 1972 and home to Lammergeier, Golden Eagles, Alpine Chough and Alpine Accentor plus a few mammals that include Mouflon (Ovis aries musimon) and Corsican Red Deer (Cervus elaphus corsicanus) both endemic subspecies. Other birdlife that can be found on the hilltops and among the Corsican montane broadleaf and mixed forests are the endemic Corsican Nuthatch, Corsican Finch and subspecies of Great Spotted Woodpecker, Jay, Treecreeper, Red Crossbill, and White-throated Dipper. The forests and marquis also hold breeding warblers such as Sardinian, Subalpine and Marmora’s Warbler, plus Mediterranean Flycatcher, Firecrest, Woodchat and Red-backed Shrikes, while more open and coastal habitat will find European Bee-eaters, Common Kingfisher, Zitting Cisticola, Cetti’s and Moustached Warblers. Rocky headland attract the beautiful and rare Audouin’s Gull, while further searching of this fascinating island may well produce Corsican Fire Salamander and Corsican Brook Salamander, Tyrrhenian Wall Lizard, and up to 35 species of dragonfly with Island Bluetail, Copper Demoiselles, Banded Groundlings, Bladetail and Lesser Emperor. Add to this more endemics with butterflies such as Corsican swallowtail, Mountain Small White, Two-tailed Pasha, Corsican Fritillary, and Mediterranean Fritillary, plus flowering plants that include Corsican Storksbill, Long-leaved Snowflake, Illyrian Sea Daffodil, Corsican Hellebore, Corsican Mint, Tongue Orchid and Jersey Orchid, and Violet Helleborine and you soon see why Corsica is wildlife heaven.