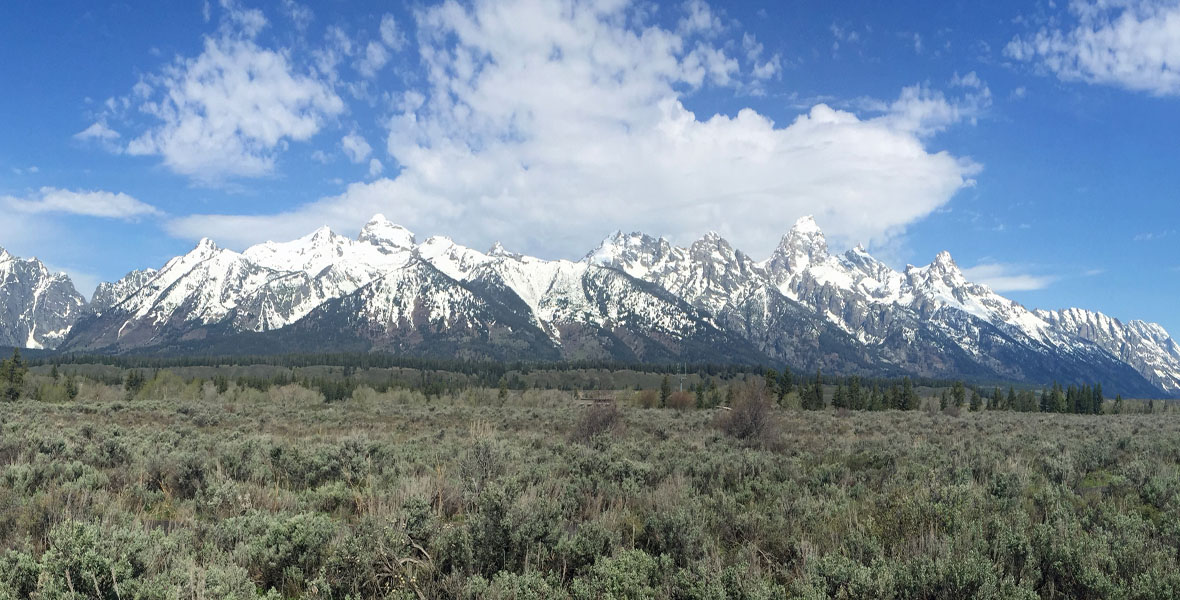 is a state in the mountain region of the western United States. The state is the 10th largest by area, the least populous, and the second most sparsely populated state in the country. Wyoming is bordered on the north by Montana, on the east by South Dakota and Nebraska, on the south by Colorado, on the southwest by Utah, and on the west by Idaho and Montana. The state population was estimated at 577,737 in 2018, which is less than 31 of the most populous U.S. cities. Wyoming is famed for having two of the most popular National parks in the U.S, both Yellowstone National Park and the Grand Teton National Parks are very popular amongst tourists and wildlife enthusiasts for their Megafauna that includes both Grizzly and American Black Bear, Bison, Elk and Moose.

Hotspots & Wildlife:
Yellowstone National Park: Yellowstone National park is located in Wyoming and a small area in both Montana and Idaho. Yellowstone was the first National park in the U.S and some believe to be the first National park in the World. The park is well known for its wildlife and many geothermal features, one of which is the famous, Old Faithful Geyser. The park has many ecosystems, with subalpine being the most abundant. Yellowstone spans a range of 3,468 square miles, comprising lakes, canyons, rivers and mountain ranges. Yellowstone Lake is one of the largest high-elevation lakes in North America and is centred over the Yellowstone Caldera, the largest super volcano on the continent. The volcano is considered active and has erupted several times in the last 2 million years. Half of the world geysers are in Yellowstone national park and this is one of the big tourist attractions for many people. Hundreds of species of Mammal, Bird, Fish and Reptile call this park home. The vast forest and grasslands mean that Yellowstone is famous for its megafauna. Grizzly Bears, Wolves and free-ranging herds or Bison and Elk live in the park. There are also a number of smaller creatures to look for, Birdwatching has become a big thing in the park with species like the Great Gray Owl, Greater Sage-grouse and Lewis’s Woodpecker.

Grand Teton National Park: Grand Teton National park is in the Northwest of Wyoming. At approximately 310,000 acres, the park includes the major peaks of the 40 mile long Teton Range as well as the most northern sections of the valley known as Jackson Hole. Grand Teton National park is about 10 miles (16km) south of Yellowstone National park, to which it is connected. Along with surrounding forests, these protected areas constitute the almost 18,000,000 acre, Greater Yellowstone ecosystem. Wildlife is abundant here with around 60 species of Mammal, 300 species of Bird and a number of other interesting species. Many people choose to come here rather than the more crowded Yellowstone National park. The Gray Wolf, which had been extirpated from the region by the early 1900’s but migrated into the Grand Teton National park form the adjacent Yellowstone National park after the species had been reintroduced there. In addition to the Gray Wolves, there are 17 carnivores in the park that include Grizzly Bear and the more commonly seen American Black Bear. There are also occasional sightings of Cougar and the rare Canadian Lynx. The park’s population of Moose tend stay near the waterways and wetlands and there are between 100-125 Big Horn Sheep that dwell in the alpine peaks. It’s no surprise that Grand Teton National park is so loved by Birdwatchers. With over 300 species seen in the park you could run into the Calliope Hummingbird, the smallest bird in North America, as well as a whopping 14 species of Owl that include the Great Gray Owl and Boreal Owl. The wetlands are frequented by American White Pelican, Sandhill Crane and on the rare occasion it’s endangered relative the Whooping Crane.

Thunder Basin National Grassland: The Thunder Basin National Grassland is located in north-eastern Wyoming in the Powder River Basin between the Big Horn Mountains and the Black Hills. The Grassland ranges in elevation from 3,600 feet (1,100 m) to 5,200 feet (1,600 m), and the climate is semi-arid. The Grassland provides opportunities for recreation, including hiking, sightseeing, Birdwatching and fishing. Thunder Basin grassland is home to over 100 species of birds; large herbivores such as pronghorn and mule deer; small mammals like black-tailed prairie dogs, white-tailed jackrabbits, cotton tails, kangaroo rats, thirteen lined-ground squirrels and predators such as swift fox, badgers, coyote and red fox. Researchers surveyed birds on active black-tailed prairie dog colonies and previously burned areas, as well as on paired undisturbed sites, and found that only prairie dog colonies supported breeding habitat for the imperilled Mountain Plover. On the other hand, large, contiguous areas of sagebrush cover are required to support sage-grouse conservation.