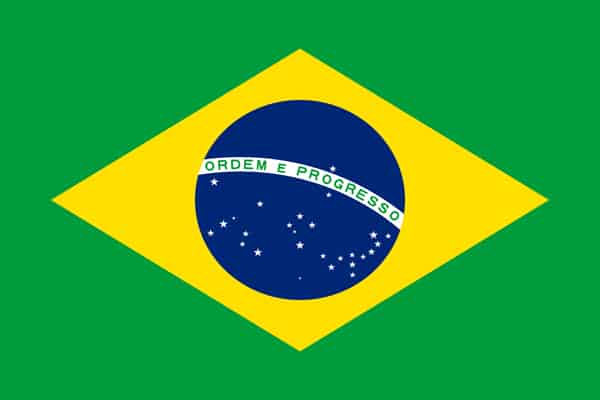 has an amazing amount of endemic and seriously threatened birds, North East Brazil has become a fantastic hotspot for birdwatchers to visit. It’s a vast region with a substantial diversity of habitats to provide for an extremely varied avifauna. Until recently it has been neglected by ornithologists until the recent discovery of many new species to science. There are many spectacular endemics and highly sought after species such as the incredible Araripe Manakin, Lear’s Macaw, Great Xenops, Seven-coloured Tanager, Slender Antbird, Hooded Visorbearer, Banded Cotinga and Pink-legged Graveteiro. The region is characterised by humid Atlantic rainforests on the coast, and endless rolling hills with dramatic canyons called the Caatinga. The Caatinga is home to a dry thorny forest with areas of more open grassland and it has its own special suite of endemic species. It is here that the endangered Lear’s Macaw can be found quietly feeding on palm trees, or flying past in flocks against the backdrop of red sandstone cliffs. Patches of Atlantic rainforest and woodlands at Boa Nova with thick vine tangles, terrestrial bromeliads and the rare white sand forest hold some of South America’s most endangered species, including birds such as Banded Cotinga, White-winged Cotinga, Bare-throated Bellbird, Black-headed Berryeater and the endangered Red-browed Parrot. And then there is the Serra da Diamantina National Park at Lencois which allows exploration of some higher elevation habitats and species such as the superb Hooded Visorbearer.

Serra do Araripe: The Chapada do Araripe also known as Serra do Araripe forms the boundary of Ceará and Pernambuco states, and also the watershed between the Jaguaribe River of Ceará, which flows northward into the Atlantic, and the much larger basin of the São Francisco River. Here the stunning Araripe Manakin was first described in 1998, and is endemic to this small area of low scrubby escarpment. The males’ pearly white body with jet black wings and bright red head make a striking impression amongst the greenery of the forest. In these stunning dry forests it is possible to see the elusive White-browed Antpitta and the striking White-browed Guan, while one of the real prizes in these woodlands is the Great Xenops which can often be found chiselling away at loose bark in search of food. There are of course many other regional endemics such as the recently split Caatinga Cacholote, Pale-bellied Tyrant-Manakin, Silvery-cheeked Antshrike and Gray-eyed Greenlet, as well as marauding flocks of beautiful White-naped Jays. The thickly wooded landscape known as Caatinga habitat supports wide variety of other species such as Caatinga Antwren, Tawny Piculet, Black-capped Antwren, Stripe-backed Antbird, Long-billed Wren, Blue-crowned Trogon, Bearded Bellbird, and the endemic Ash-throated Casiornis.

Serra da Diamantina: The Serra da Diamantina is a national park of epic proportions, as it has approximately 38,000 km2 (15,000 sq mi) and encompasses 58 municipalities. The mixed landscapes consist of huge gorges forming deep river valleys, waterfalls, grasslands, cerrado scrub and deciduous woodlands with rocky outcrops and tall sandstone cliffs. The name of the park comes from the diamond mining that once occurred here. This huge park offer chances for tantalising species such as South American Snipe, Grey-backed Tachuri, Buff-throated Pampa-Finch, Collared Crescentchest, White-eared Puffbird, White-vented Violetear, Cinnamon Tanager, Rufous-winged Antshrike and even Yellow-legged Tinamou which are more often heard than seen. One of the top hummingbirds of this incredible area is the fantastic looking Hooded Visorbearer, while another highly sought after species to see is the Great Xenops, plus two other recently described species the Sincora Antwren and São Francisco Sparrow. A few more common species in this area include Spotted Piculet and Golden-capped Parakeet, noisy Speckled Chachalacas, Crimson-crested Woodpecker, Surucua Trogon, White-shouldered Fire-eye, Eastern Sirystes and Green-winged Saltator.

Serra Bonita Private Reserve: Serra Bonita harbours one of the last good remnants of moist submontane forest in the region. This mountain range has a unique habitat, with an important altitudinal gradient of native Atlantic Forest between (200–950 m). An extraordinary conservation effort is being conducted by the owners who have created this private reserve and built an excellent lodge and a research centre. Birds are everywhere and one of the best places to start your search is on the track running to the communication towers situated right on the top of the forested ridge. The main target bird species is the unique Pink-legged Graveteiro, which was only discovered in 1996 and has even nested close to the lodge. Birding the access road to the cell tower can produce many more species including Salvadori’s Antwren, Star-throated Antwren, Spot-backed Antshrike, White-eyed Foliage-Gleaner, Crescent-chested Puffbird, Lemon-chested Greenlet, Plumbeous and Spot-breasted Antvireo. When the bamboo is seeding Buffy-fronted Seedeater, Temminck’s Seedeater, and Sooty Grassquit are very common alongside Drab-breasted Bamboo-Tyrant and White-wedged Piculet. Down by the lodge tanagers and hummingbirds come to feed and it’s possible to see both Weid’s Black-tufted-ear Marmoset and Tayra. The lodge also holds one of the largest collections of moths in the Neotropics with over 5,000 species and somewhere near 300,000 specimens.