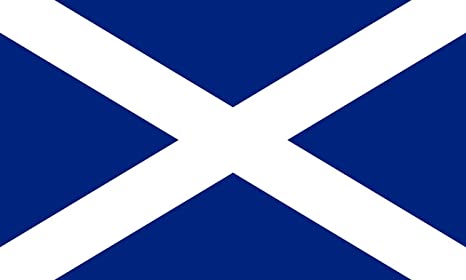 has attracted people from all over the world with its castles, ancient history and even whisky trails. With some of the most spectacular wild mountain scenery, rugged coasts, open moorlands and countless small islands there is another side to this magical country which includes its magnificent wildlife. There are huge White-tailed and Golden Eagles that soar over mountain and coastal cliff tops where hundreds of thousands of seabirds make their home. Arctic Hare and huge Red Deer occupy the hilltops and there are over 900 offshore islands, remote snow-capped peaks and endless moors that would take a life-time to explore. Luckily there are around 45 National Reserves and 2 National Parks that reward the visitor with overwhelming opportunities to explore the wide variety of flora and fauna. If all this wild land is not enough then boat trips and cruises add the chance of Harbour Porpoise, Minke Whales, Risso’s, White-beaked and White-sided Dolphins, Common and Grey Seals and with luck even Humpback or Killer Whale.

Hotspots & Wildlife:
Shetland: The island represents the most northerly point of the British Isles, and lies some 80 km (50 mi) to the northeast of Orkney, and 170 km (110 mi) from mainland Scotland. Shetland consists of a group of about 100 islands, with just 16 of them inhabited. A very traditional island it reflects both Norse and Scottish heritage, with fishing and farming being the main industries. For the wildlife enthusiast Shetland has become famous as a destination for birders especially during the spring and predominately autumn migration. Rare birds are a major part of the attraction and each year hundreds of people go in search of vagrants from America, Europe and Asia. Aside from being a rarity magnet it also holds many spectacular seabird cliffs with colonies of Puffins, Black and Common Guillemots, Razorbills, Kittiwakes, Fulmars and Gannets. In fact these cliffs play host to over 1,000,000 breeding seabirds with Sumburgh Head being one of the most famous. During the summer Shetland holds 90% of the British population of Red-necked Phalaropes and is a great place to witness breeding Great and Arctic Skuas, Whimbrel, Dunlin and Twite. With occasional Orca’s (Killer Whale), seals and otters its no wonder people come back year after year.

Cairngorms: Set in the eastern Highlands of Scotland the Cairngorms became part of Scotland’s second and largest national park. With the highest peaks of Cairngorm at 1,245 metres and Ben Macdui at 1,309 metres it’s no wonder this remote wilderness attracts some of the most sought after species in Scotland. The highland plateau holds small numbers of breeding birds that include the stunning Eurasian Dotterel along with Rock Ptarmigan, Red Grouse, Ring Ouzel, Rock Pipit, and the delightful Snow Bunting. Inside the Cairngorms National Park, you will also find Loch Garten famous for its nesting Ospreys and Capercaillie. Here among the Caledonian pine forests there are also Crested Tits and Red Squirrel’s as well as Pine Marten and Badger. It is also the place to see Scottish Crossbill, the UK’s only endemic bird species. Both Black Grouse and Red Grouse can be found on moorland, where Hen Harriers and Golden Eagles soar overhead and on nearby locks and ponds it’s easy to see stunning breeding plumaged Slavonian Grebes and Red-throated Divers. Among the other mammals that can be found within this breath-taking scenery are Red, Fallow, Roe and Sika Deer, Otter, and even the very rarely seen Scottish Wild Cat. It’s no surprise that the Cairngorms is one of the most visited natural sites in Scotland.

Mull: The mountainous island of Mull is approximately 40 km from north to south and at its maximum is 20 km wide. With 480 km of rugged coastline, plus forests, moorland and the 950 peak of Glen More this small tranquil island has long been a favourite with those that enjoy wildlife and nature. Reached by a 40 minute ferry crossing from Oban on mainland Scotland there are plenty of accommodations, plus car hire, buses etc to make your stay easy and relaxed. There are birds and wildlife year round but late May – July is best for seabirds. Best of all at this time of year are the boat trips that go from Fionnphort and Ulva to Lunga where you can get amazingly close to nesting Puffins. There are also Guillemots, Razorbills and Black Guillemots to see plus good numbers of terns, Kittiwakes and several shorebirds. This small island is one of the best places in Britain to see both Golden and White-tailed Eagles, the latter which was very successfully re-introduced in 1975. Plenty of other wildlife is present throughout the year with Great and Red-throated Divers, Ptarmigan, Goosander, Common Eider, Hen Harrier, Peregrine, Merlin, Short-eared Owl, White-throated Dipper, Otters, Mountain Hare and if you can get to the tiny little island of Iona in spring you could hear the distinctive call of the Corn Crake.