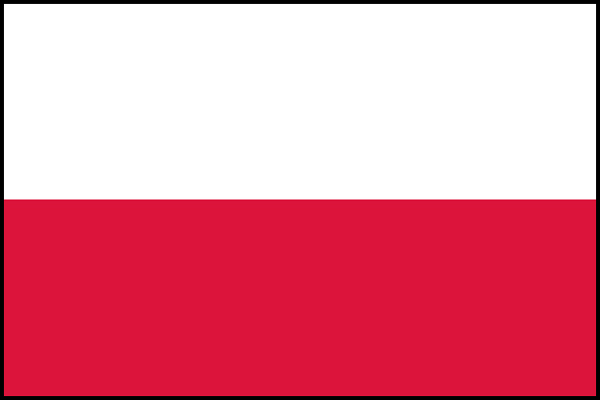 is located in Central Europe, Poland offers a wealth of unspoilt nature with huge primeval forests, untouched mountains and large pristine marshes. Poland has around 23 national parks and over 30% of the country is forested offering a great deal of protection to a wide range of species. The forests of Białowieża and Podlaskie still support many animals that have since died out in other parts of Europe such as Wisent or (European Bison) a species that can be very shy and difficult to observe. Along the southern border the Carpathians which include the Tatra Mountains and Gorce mountains form the highest part of the country and are home to a wide variety of other animals including European Brown Bear, Grey Wolf and Eurasian Lynx. This is actually a very good place for mammal watchers with an impressive list that also includes Elk and Beaver, Red Deer, Roe Deer, Wild Boar, Racoon Dog, Polecat, Beech and Pine Martens. One of the largest inland wetlands the Biebrza Marshes supports a huge variety of waterbirds including breeding Great Snipe and Aquatic Warbler, plus large colonies of beautiful White-winged Terns. Other spectacular birds include Lesser Spotted and White-tailed Eagles, Common Crane, 10 species of woodpecker and an incredible 40,000 breeding pairs of White Stork.

Hotspots & Wildlife:
Białowieża Forest: In Eastern Poland there are a number of ancient woodlands, but the Białowieża forest is by far the best known with a worldwide reputation and a unique UNESCO World Heritage Site. This dark primeval forest covers 580 square kilometres and continues across the border into Belarus. It is home to the largest herds of Wisent (European Bison) in Europe with an estimated 250 individuals, although they are notoriously difficult to observe. Red deer are widespread and a few Eurasian Lynx and small packs of Grey Wolf survive in undisturbed inaccessible areas. A good variety of birds can be found within the forest and nearby open fields including many species of woodpecker such as White-backed and Black, plus Hazel Grouse, Pygmy, Tengmalm’s and Ural Owls, Lesser Spotted Eagle, Corncrake and breeding Red-breasted and Collared Flycatchers. Among the huge ancient trees are no less than 1500 species of fungi, and thousands of plants including wonderful patches of Lady’s Slipper Orchids and millions of Marsh Marigolds.

Biebrza National Park: The Biebrza National Park is Poland’s biggest national park and was created in 1993 and covers the Biebrza river valley which contains habitats such as forests, fields, meadows and marshes. The word Biebrza is probably derived from bóbr, which means beaver in Polish. With an area of almost 600 square kilometres this is prime habitat for a number of special animals including Grey Wolves and around 400 European Moose. One of the best areas with this national park is the famous Red Bog Reserve, one of the best and easiest places to look for the moose. Other mammals here include Beech Marten, Beaver, Polecat and Raccoon Dog, with all of these a little easier to track and see in winter. In addition to the mammals there are up to 80 species of butterfly including the wonderfully marked Map Butterfly and Camberwell Beauty. The marshes are a very special habitat and support some of Europe’s rarest breeding birds that include Aquatic Warbler, Great Snipe and Citrine Wagtail. Add to these both Lesser and Great Spotted Eagles, Common Crane, White and Black Storks, Corncrake, Ruff, Montagu’s Harrier, Black Grouse and smart looking Bluethroats.

Tatra Mountains: The Tatra mountain range forms a natural border between Slovakia and Poland and is part of the Carpathian Mountains which stretch 1,500 km throughout Central and Eastern Europe. A UNESCO Biosphere Reserve, the Tatra range at 80 km long provides protection for over 40 mammal species including Brown Bear, Red Deer, Chamois, Wild Boar, Alpine Marmot, Snow Vole, Beaver, Otter and Red Squirrel. With a population of 100 Eurasian Lynx throughout the Carpathians there are certainly a few of these very elusive cats within the Tatras and possibly a few Grey Wolves. The extraordinary diversity of life in this fabulous area includes mid to high altitude species such as Golden Eagle, Wallcreeper, Alpine Accentor, Rufous-tailed Rock Thrush, Water Pipit, Spotted Nutcracker, Crested Tit, White-backed Woodpecker, Three-toed Woodpecker, Eurasian Pygmy Owl and Tengmalm’s Owl. From Alpine meadows full of flowers and butterflies to broad-leaved forests and crystal clear streams the whole area is a haven for wildlife.