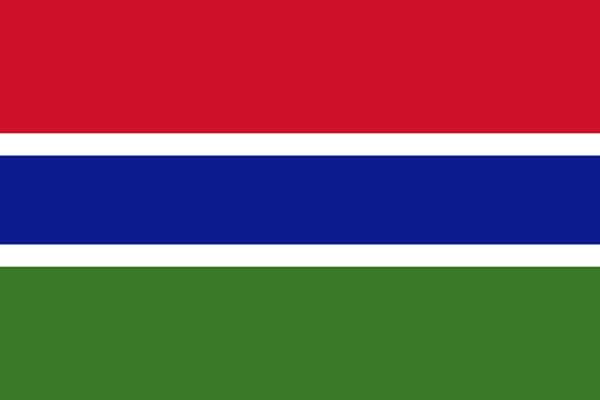 is officially known as the Republic of The Gambia and is the smallest country within mainland Africa, it is surrounded on three sides by Senegal and on the west coast by the Atlantic Ocean. The Smiling Coast is a commonly used and apt name as the people are notoriously friendly, happy and always helpful. Just over 190 miles long and little more than 30 wide this long country follows the Gambia River which flows through the centre and spills out into the ocean. The birdlife of the Gambia has attracted people from all over the world and has often been considered the ideal introduction to African birds. There are a few interesting mammals that occur but it’s mostly the bright and colourful birds with over 570 species that attract many birdwatchers. Most birders base themselves along the Atlantic coast where most hotels off bird watching excursions with local guides. For the more adventurous, trips up river to see special birds like the super attractive Egyptian Plover can be arranged. With habitats that include sandy beaches, mangroves, coastal lagoons, river wetlands, dry forest and even patches of gallery forest this tiny country has a lot to offer.

Atlantic Coast: This is the most popular area for tourism and as such it is also the area most birdwatchers base themselves as there is a wide selection of hotels and accommodations. It is easy to spend a full week here and visit a whole range of habitats all with a short distance. The beach and estuary can hold seabirds and shorebirds, and several wetlands and mangroves also play host to birds like Senegal Thick-knees, Spur-winged, African Wattled and Black-headed Lapwings, a multitude of herons, egrets and kingfishers. Other areas that include a golf course, plus dry scrub and palm trees hold a big variety of species such as hornbills, rollers, bee-eaters, glossy starlings, sunbirds and finches. Raptors are well represented and it is not unreasonable to see up to 20 species which could include such delights as Palm-nut Vulture, Grey Kestrel and Red-necked Falcon. Protected areas such as nearby Tanji and Brufut are well worth a visit with a different range of species that may include Vieillot and Bearded Barbets, Yellow-fronted Tinkerbird, Black-crowned Tchagra, Yellow-crowned Gonolek, sunbirds, weavers and doves. To make the whole area even more interesting there are reptiles, dragonflies and a kaleidoscope of butterfly species.

Kiang West National Park: Declared a national park in 1987 the Kiang West National Park is one of the largest wildlife reserves in the Gambia. Located on the south bank of the Gambia River and 145 kilometres (90 mi) from the Gambian capital city Banjul the park covers an area of 11,526 hectares. The park is visited by very few tourists and as such the wildlife is rich and varied and undisturbed. Many species that are either difficult or rarely seen in the Gambia still exist in this wonderful park. If you are very lucky you can find West African Manatee, Caracal, Leopard, Spotted Hyena, Serval, Bushbuck, Sitatunga and African Clawless Otter, as well as a good variety of reptiles. The habitats include mostly deciduous woodland and Guinea savannah with extensive stretches of mangrove, small creeks and tributaries plus tidal flats. Tendaba Camp is nearby and is used by most visitors to this area.  They run excellent boat excursions where some very sought after species of birds can be found including White-crested Tiger Heron, Goliath Heron, White-backed Night Heron, African Finfoot and African Blue Flycatcher. Land birds in the park include such species as Abyssinian Ground Hornbill , Brown-necked and Senegal Parrots, Burchell’s Courser, White-fronted Black-chat and Brown-rumped Bunting among many others.

Abuko Nature Reserve: Just a short distance from the hustle and bustle of the Atlantic coast and all its hotels is this small remnant patch of forest affording protection to a number of species that are local and hard to find. Rectangular in shape and one of Africa’s smallest reserves at just 134ha the habitats include a gallery forest, savanna, small stream and several attractive ponds. It’s fairly easy to find both Vervet Monkeys and Red Colobus Monkeys, but the rare Patas Monkey is seldom seen. A viewing hide and a couple of photographic hides overlook the pools where crocodiles and occasional mammals can be seen, alongside kingfishers, Black Crake, African Jacana, Black Heron, Palm-nut Vulture and Fanti Saw-wing. In the forest there are many species but not all are easy to find, although a couple of visits and perseverance may produce some of the more difficult ones such as Grey-headed Bristlebill, Oriole Warbler, Violet and Green Turaco, Snowy-crowned Robin Chat, Bearded Barbet, Black-necked Weaver, Red-bellied Paradise Flycatchers, Blue-spotted Wood Dove and even possibilities of a roosting Verreaux’s Eagle Owl.

For accommodations and lodges throughout The Gambia – Click here>

Lodges in The Gambia