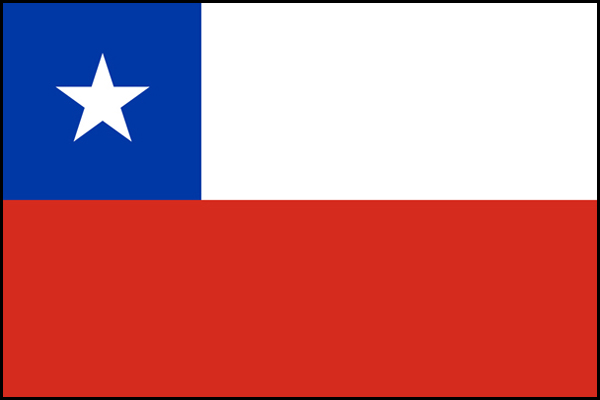 is a unique country dominated by the mighty snow-clad Andes that stretches from the Atacama desert in the north, 4,000km south to the windswept plains of Tierra del Fuego. With so many diverse habitats and stunning scenery it certainly is a world favourite among travelling naturalists. Starting from the north there is the Atacama Desert, one of the driest places on Earth. But is not a barren wilderness it is an area of blue lagoons, vast grasslands, bogs and fertile oases, all teeming with life and overlooked by some very impressive volcanoes. As you move south through Chile there are more and more areas of forest, coastal lagoons and scrub, plus very impressive mountain scenery. Chiloe Island holds a fantastic array of wildlife including Darwin’s Fox and Geoffroy’s Cat as well as Magellanic Penguins and many other special birds. Pelagic trips in search of seabirds are among the best in the world with numerous species of albatross, shearwaters and petrels all found feeding in the nutrient rich waters of the Humboldt Current. Further south the fantastic scenery continues and the diversity of flora and fauna does not let up. Mountains that hold the beautiful Diademed Sandpiper Plover, forests that are home to Huet-huets, tapaculos, parrots and more, lakes and ponds that are filled with ducks and waterbirds, and then there are the two special islands that host several endemics plus rare and exciting seabirds – Juan Fernandez Island and Easter Island.

Tierra del Fuego: Tierra del Fuego in Spanish means “Land of Fire” and is separated from mainland Chile by the Straits of Magellan named after Ferdinand Magellan himself while exploring this once remote and inhospitable region back in 1520. This Archipelago lies off the southernmost tip of South American and is divided between Chile and Argentina, with Chile controlling the western half of the main island. This stunning unspoilt area includes the southern tip of the Andes, plus pristine fjords and glaciers of the Darwin Range, steppe and small patches of woodland. There are six species of tree found in Tierra del Fuego, including one conifer and three kinds of southern beech. There are of course many islands including the famous Cape Horn, but only 30% of these islands have forests, which are classified as Magellanic subpolar. Among the rich birdlife are species such as the Magellanic Plover, Rufous-chested Dotterel, White-bridled Finch, White-throated Caracara, White-bellied Seedsnipe, and Chocolate-vented Tyrant, but one species is very special indeed – the King Penguin. Up to 100 of these beautiful birds breed here each year in a protected area called ‘Parque Pinguino Rey’ and this is the only mainland colony in the world. Taking one of the ferries across the Magellan Straits is a great place to look for seabirds and albatross plus Peale’s, Commerson’s and Dusky Dolphins.

Torres del Paine National Park: This very special UNESCO World Biosphere site was recently voted the 8th Wonder of the World. In the native Tehuelche (Aonikenk) language Torres del Paine means ‘Blue Towers’ and refers to the Paine Massif, a magnificent set of rugged granite peaks that are the centerpiece of this incredible park. This is a place where mountains, glaciers, wetlands, steppes and forest all come together in some of the most spectacular scenery on Earth, and at 181,414 hectares it is one of the largest and most visited parks in Chile. The Grey Glacier is one of its most spectacular glaciers, and tumbles into the serene Grey lake. Surrounding Beech forests are home to birds such as the huge Magellanic Woodpecker, Austral Parakeet, Thorn-tailed Rayadito, Striped Woodpecker and Tufted Tit-Tyrant while more open areas hold Chilean Flicker, Long-tailed Meadowlark, Patagonian Sierra Finch, Rufous-tailed Plantcutter plus Guanaco, Patagonian Hog-nosed Skunk, Huemul and Big Hairy Armadillo. On the rivers Torrent Ducks battle the rapids, while just one or two reed fringed pools are home of the rare Austral Rail. In recent years the park has become famous as the best place in the world to see Pumas. With the help of local guides these magnificent cats are now almost guaranteed.

Lauca National Park: At 4,517 metres (14,820 ft) and covering almost 138.000 hectares, this UNESCO World Biosphere Reserve, is one of Chile’s most scenic wildlife reserves. Established to protect the highest lake in the world, beautiful snow-capped volcanoes rise to over 6,000 meters (19,685 ft) and overlook puna grasslands, bogs and pristine Andean lakes teeming with wildlife. This Andean Plateau supports a great diversity of flora and fauna and a remarkable number of species that are endemic to this ecoregion. Interesting mammals including Guanaco, Vicuña, Huemul and Mountain Viscacha can be seen plus a great selection of birds such as Giant Coot, Rufous-bellied Seedsnipe, Puna Tinamou, Andean Gull, Mountain Caracara, Silvery Grebe, Andean Lapwing, Puna Snipe, Andean Condor and three species of flamingo, Chilean, Andean and James’s. However one of the most sought after species found on these high altitude bogs is the gorgeous Diademed Sandpiper-Plover.