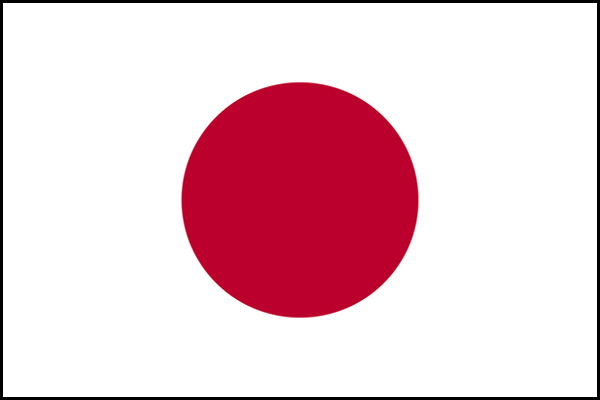 is in the northwest Pacific Ocean of East Asia lies the chain of islands that make up Japan, stretching over 3,000 km (1,900 mi) northeast–southwest from the Sea of Okhotsk to the East China Sea. The county’s five main islands, from north to south, are Hokkaido, Honshu, Shikoku, Kyushu and Okinawa. About 3/4 of Japan is forested and mountainous with the main cities being densly populated. During winter it can be get very cold with plenty of snow especially in the northernmost region of Hokkaido. Other areas and islands can experience tropical humid and surprisingly warm temperatures especially in spring and summer when migrant birds arrive in time for the nesting season. Fewer wildlife watchers travel to Japan during this season even though it is a facinating and exciting time for wildlife. Traditionally birdwatchers have flocked to Japan in the cold winter months in seach of the Huge Steller’s Sea Eagles that follow the frozen ice flows often numbering in the hundreds. Joined by the smaller White-tailed Eagles and a wealth of sea-ducks. The big attraction is the famous cranes of Japan which includes up to 6 species and is of global importance to the survival of the beautiful birds. The dancing cranes have attracted photographers from all over the world and pictures, carvings and folk law have long played a part in Japanese history. Many of the smaller islands hold very special rare and endemic species and although less visited than say the big islands they are well worth a visit. Several rare and endangered sea-birds breed around Japan and its not unusual to see three species of albatross from cross island ferries. As far as mammals are concerned Japan does not have too many but one the Japanese Macaque or Snowonkey has become famous from many TV programmes that show these fascinating monkeys keeping warm in the thermal hot pools of Jigokudani.

Hotspots & Wildlife:
Arasaki: Arasaki near Izumi city, Kagoshima, Japan has become world famous as a wintering grounds for over 10,000 cranes. These birds migrate to Izumi each year between October and December, remaining until March before they set off on their return journey to the colder climate of Siberia. The Crane Observation Center is located right in middle of these wintering grounds and offers incredible views of up to 6 species that include mostly Hooded and White-crowned Cranes, followed by just a handful of Common and Sandhill Cranes and if you are lucky the occasional Siberian or Demoiselle Crane. Information on the birds is on display in the Observation Center building and open viewing from the roof terrace sees thousands of birds spread out in all directions. The early morning flights against a dawn sunrise offer incredible photographic opportunities. But Arasaki has more to offer and driving the tracks around the arable fields will find pools with countless Pintail, Eastern Spot-billed Ducks and even a few Falcated Teal. Black-faced and Eurasian Spoonbills can be found and among to weedy fields flocks of Grey-capped Greenfinches, Skylarks and pipits can be found. Dusky Thrushes can be just about everywhere, different species of buntings feed quietly and among the reedy ditches are Japanese Penduline Tit and Ruddy-breasted Crakes. The flocks of rooks and crows also hold a few smart Daurian Jackdaws and Bull-headed Shrikes perch on top of scrubby bushes and trees.

Rausu: Rausu is the largest town on the eastern coast of the Shiretoko Peninsula, Hokkaido. It is the gateway to Shiretoko National Park one of Japan’s most beautiful and unspoiled national parks and a favourite wintering area for hundreds of magnificent Steller’s and White-tailed Eagles that arrive with the sea-ice from around February. This quaint fishing village runs regular boat trips out to the drift-ice to view these superb eagles. Other birds seen from the boat trips include Harlequin Duck, Long-tailed Duck, Black and Stejneger’s Scoters, Glaucous-winged Gull, Spectacled Guillemot, Ancient Murrelet and Least Auklet. With luck you could also find Sea Otter or Red-faced Cormorant. Just outside of town is a small minshuku (Japanese Inn) where if you stay you can be lucky enough to see one of the world’s largest owls the incredible Blakiston’s Fish Owl which comes down most nights to a small stream viewable from the rooms or a public viewing area, which needs to be booked in advance. During the day Steller’s Sea Eagles can be seen here and Brown Dipper move up and down the stream. The nearby peninsula is home to a large variety of wildlife, including Brown Bears, deer and foxes. There are few roads and the northern tip of the peninsular can only be viewed from boats or visited on multi-day trekking tours. During the summer months the same boats that watch eagles in winter can take you along the shore in search of bears and other wildlife. In 2005, Shiretoko was added to the list of world heritage sites for the irreplaceable value of the peninsula’s ecosystem and biodiversity.
Okinawa: The island of Okinawa also referred to as Okinawa-jima is the 5th largest island in Japan and is approximately 106 kilometres (66 mi) long, and averages around 11 kilometres (7 mi) wide. The island has a humid subtropical climate with the northern half of Okinawa holding on to one of the largest tracts of subtropical rainforest called the Yanbaru. A lot of the remaining forests on the island have been cut leaving very rare and endangered species on the edge of extinction. The Okinawa Rail which is flightless and the Okinawa Woodpecker can still be found in small numbers, along with the rare Hubu Viper. There is one group of Okinawa animals for which the islands are truly famous, the sea turtles, namely Loggerhead, Green and the Hawksbill Turtle and beside these the sub-tropical islands are also home to a dazzling array of rare and beautiful fish that live among the bountiful coral reefs.Nearby on the tin island or Iriomote live the rare and endangered Iriomote Cat a nocturnal species with fewer than 250 left in the wild.