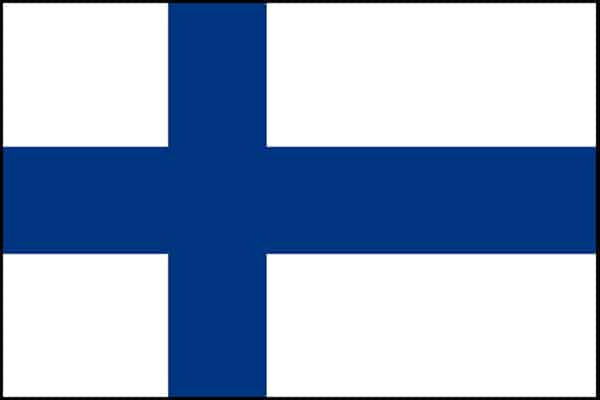 is in Northern Europe, the country of Finland borders Sweden, Norway and Russia. This is an unspoilt wilderness that represents a gateway to the arctic. It is a land of long days in summer and short nights in winter. Endless pine forests, countless lakes and in the north the famous northern lights a phenomenon that attracts thousands of tourists. This vast wilderness is dotted with numerous ski resorts and many national parks. From late spring to late summer is the most productive time to see both migrant and resident wildlife and this includes many sought after species hard to find elsewhere in Europe. The Eurasian Brown Bear is the national mammal, and one that is well represented with many companies offering tours and photography hides to view these wonderful creatures. From grassland to bogs, mixed forests and Boreal habitat there are wolves, wolverines, arctic fox, European Polecat, the endemic Saimaa Ringed Seal. Birds include Capercaillie, Black Grouse, Willow Grouse, Red-flanked Bluetail, Siberian Jay, Terek Sandpiper and nearly all of Europe’s owl species.

Hotspots & Wildlife:
Kuusamo: Kuusamo lies in the east of Finland close to the Russian border. The area lies on a plateau where ninety percent of the land area is forested mostly with Pines, Spruce and some deciduous trees. It’s within these forests that many sought after species of birds can be found including Hazel Grouse, Capercaillie, Black Grouse and an amazing selection of owls who’s numbers vary depending on the amount of Voles that are available each year. Great Grey Owl, Northern Hawk Owl, Ural Owl and Pygmy Owl breed most years while woodpeckers such as European Three-toed and Black Woodpecker are a great attraction. Beech forests and pines hold breeding Red-flanked Bluetail, Bohemian Waxwing, Grey-headed Chickadee, Pine Grosbeak, White-winged Crossbill. Bogs and patches of Mountain Birch hold both Little and Rustic Buntings, plus Arctic Warbler, Redwing, Pied Flycatcher and shorebirds such as Broad-billed Sandpiper, Jack Snipe, and Ruff. Thousands of lakes and ponds attract numerous wildfowl with elegant Smew, and gorgeous Black-throated and Red-throated Loons, Golden-eye and Whooper Swans. Open moorland and peat bogs attract Dotterel and Temminck’s Stint, Bluethroats and a wealth of interesting flora.

Oulu Area: The Oulu region has become famous as Europe’s number one hotspot for owls, and in a good Vole year it’s not unusual to see 7 species in just one day. Great Grey, Northern Hawk, Boreal and Northern Pygmy are the most sought after, but it’s not just owls that attract birdwatchers and wildlife enthusiasts from all over the world. Wetlands attract thousands of wildfowl such as Whooper Swans, Common Goldeneye, Red-breasted and Common Mergansers, the gorgeous Smew, and Garganey. Shorebirds are well represented during migration with many staying to breed. Among these are Black-tailed Godwit, Ruff, Greenshank, Wood Sandpiper, Temminck’s Stint, Eurasian Curlew and even Spotted Redshank and the increasingly rare Terek Sandpiper. Flocks of Common Crane are a delight and huge White-tailed Eagles overshadow the rare Pallid Harrier and Rough-legged Buzzard. Among the smaller birds are singing Redwings and Fieldfare, Pied Flycatcher, Eurasian Woodcock, Black and Eurasian Three-toed Woodpeckers, Black and Hazel Grouse, Eurasian Wryneck, Crested Tit, Red Crossbills, Common Redpoll and Common Rosefinch. Small ponds can hold attractive Slavonian Grebes and the very smart looking Little Gull, as well as the not so pretty Muskrat.

Oulanka National Park: Established in 1956 Oulanka National Park covers some 270 square kilometres with a wide range of landscapes made up of pine forests, river valleys, numerous trails, hanging bridges, wild rivers and several very impressive waterfalls including the 10-metre waterfall of Jyrävä. The park has two major attractions: the great rapids of Oulankajoki and Kitkajoki, and the Karhunkierros Trail. This trail stretches 80km within the park and is the most famous trekking route in Finland. It is possible to watch Eurasian Brown Bears from hides as well as Grey Wolf, Wolverine and huge White-tailed Eagles. In this wilderness, the Golden Eagle soars majestically over high cliffs while spruce forests hold Capercaillie, Hazel Grouse and Parrot Crossbill which can all be very elusive. The rocky streams are home to Dippers and Grey Wagtails, while surrounding woodlands have breeding Red-breasted Flycatchers and beautiful Calypso Orchid which bloom from the end of May to mid-June. At this time of year its also possible to visit Oulanka’s flower rich meadows to see a good variety of butterflies that include the endangered Copper Violet.