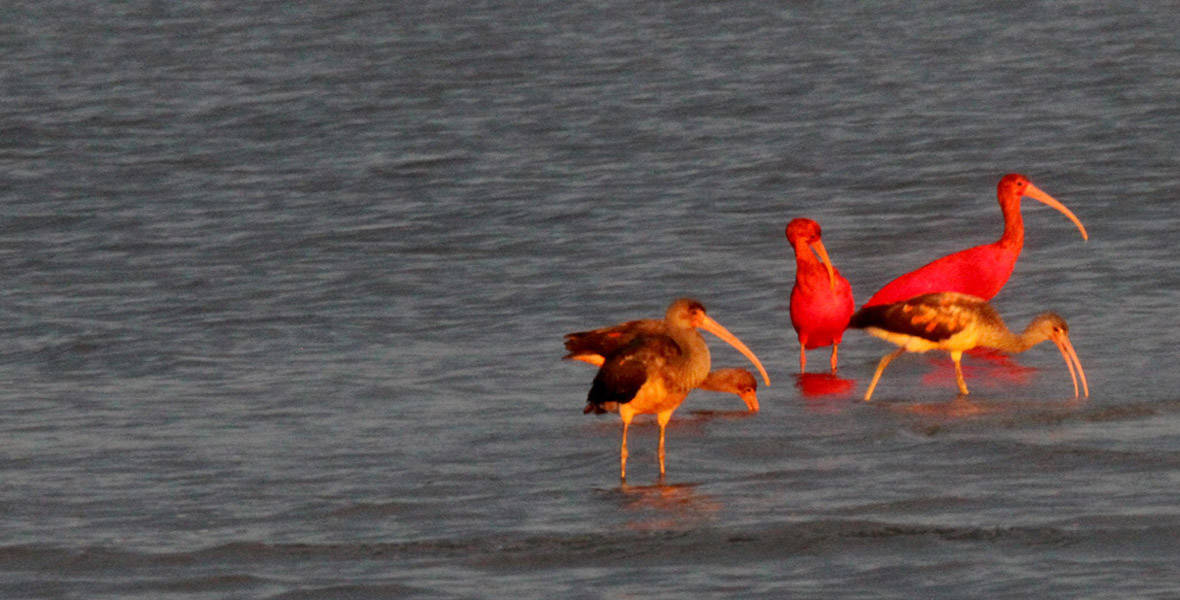 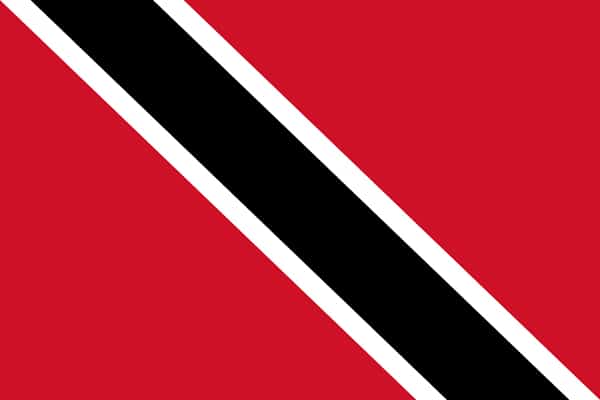 is a two-island nation and although well known as a tourist destination with its palm fringed golden beaches it also offers a rich and wonderful wildlife experience. During the months of Nov – May many birds are nesting and the warm tropical weather make this a perfect winter getaway. Trinidad the largest of the two islands has long been a good introduction to neotropical birding and with several very well known accommodations it gained a worldwide reputation as somewhere birdwatchers, divers and naturalists should visit. Well known for its flamboyant carnival it is also a haven for some wonderful wildlife experiences. The birding is simply fantastic with boats trips to see hundreds of Scarlet Ibis, a cave that supports a population of the bizarre Oilbird and wonderful species such as Trinidad Piping-Guan, Bearded Bellbird, Golden-collared Manakin and a variety of colourful hummingbirds and tanagers. Just a 20 minute flight away is the smaller island of Tobago also is known for its tropical beaches and fantastic snorkelling and diving. A boat trip to the tiny island of Little Tobago in the right season can get you up close to nesting Magnificent Frigatebirds while April represent the peak time to witness huge Leatherback Turtles hauling themselves up the beaches to lay their eggs. With the endemic White-tailed Sabrewing and a host of other birds not found on Trinidad these two islands offer an excellent two centre destination.

Caroni Swamp: The second largest mangrove in Trinidad and Tobago, it covers 12,000 acres and contains brackish and salt water lagoons, swamp and tidal mudflats. With a huge biodiversity and its center designated as a wildlife sanctuary it is protected under the Ramsar Convention. Because of the variety of habitats is has become famous as an eco-tourist site with many boat trips offering excursions to witness the flora and fauna on this wonderful place. It is well known as a nursery for marine and freshwater species and the evening roost of Scarlet Ibis is now a world renowned spectacle.

Asa Wright Nature Centre: The Asa Wright Nature Centre (AWNC) comprises a 1,500 acre area of forested land in the Arima and Aripo Valleys of the Northern Range. This tropical forest is home to a wide variety of birds, mammals, butterflies and other creatures and is a hotspot for birders and visiting nature lovers. From the balcony of the lodge and on various trails throughout the grounds one can witness superb birds such as the Bearded Bellbird and Tufted Coquette, while both Golden-headed and White-bearded Manakins entertain at their respective dance grounds or (leks). For a simple and relaxed way to enjoy the delights of Trinidad’s wildlife you can either visit or preferably stay at this world famous lodge.

Little Tobago: Little Tobago is a small island off the north-eastern coast of Tobago easily visited by boat excursions from dock in Speyside or through one of the local hotels. It is about a 20 – 30 minute boat ride and the island is most important for its breeding seabirds which are there from Nov-April. You can easily see birds such as Red-billed Tropicbird, Magnificent Frigatebird, Red-footed Booby, Brown Noddy, Sooty and Bridled Terns. If you are lucky you may even see Audubon’s Shearwater which nest in burrows but normally they are not seen during the day. The coral reef is great for snorkelling and has not been destroyed by tourists like other shallower reefs. Plenty of colourful corals and fish to be seen and possibilities of turtles including the huge Loggerhead Turtle which nests on beaches on Tobago from March to Sept. Hawksbill and Green Turtles are also possible.