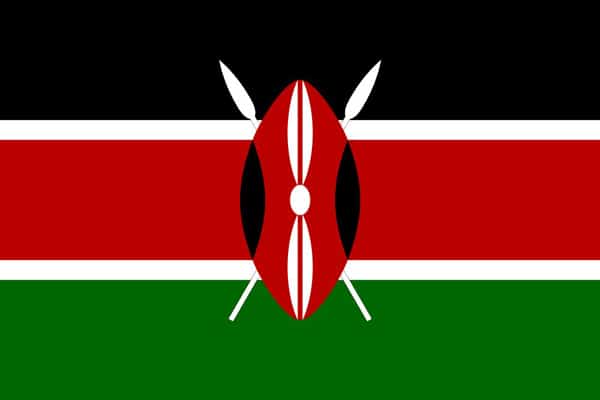 has long been the epitome of where to go for an African Safari and the country has benefited from mass tourism to its many national parks and reserves, where in turn the wildlife has benefited from protection of habitats and ecosystems. Because of its many large mammals and huge diversity of other wildlife Kenya has gained international fame, and rightly so. Hundreds of tour companies and hundreds of lodges of all standards allow people from all over the world to visit and even stay in luxury while enjoying and being totally immersed in wilderness. Africa’s Big 5, Elephant, Rhino, Lion, Leopard, and African Buffalo are a major draw but there are hundreds more mammals, reptiles, butterflies and over 1,100 species of birds that include 10 Kenyan endemics. What sets Kenya apart from many other African countries is the sheer number of mammals and other wildlife. Millions of Wildebeest migrate through the Maasai Mara every year accompanied by thousands of other mammals and birds, and this alone ranks as one of the Seven New Wonders of the World.

Maasai Mara: The Maasai Mara also known as Maasia Mara is without doubt the most famous national park in Africa and has a worldwide reputation as one of the foremost wildlife destinations in the world. Covering an area of almost 1,510 km squared (580 square miles), it is part of the Mara-Serengeti and crosses the border to an equally impressive part of Tanzania. Named in honour of the Maasai people, the reserve is primarily open grassland with seasonal rivers, acacia trees and the Mara river, one of three major rivers in the park. As one of the ten Wonders of the World the Great Migration is the largest animal migration in the world, where every year, more than 2 million Wildebeest joined by over 20,000 zebras, gazelles and other animals including the associated predators such as Lion, Leopard and Cheetah travel from Tanzania’s Serengeti to the south of Kenya’s Maasai Mara. Aside from the great migration this park offers birdwatchers nearly 500 species of birds including over 50 species of raptor. Good bird-watching can be any month of the year, but the best time is from November to April when the migrants from Europe and north Africa arrive. This also coincides with the wet season when many species can be seen in full breeding plumage. Add to this all the big game, countless butterflies, and reptiles making it a perfect African safari destination.

Amboseli National Park: Amboseli National Park in southern Kenya offers fantastic views of the immense Mount Kilimanjaro. This dry dusty park is also home to huge herds of African Elephants and offers some of the best viewing of these impressive animals anywhere in Africa. Due to long dry months the vegetation is sparse which offers superb wildlife viewing and as one of Kenya’s most popular parks it can be fairly easy to good numbers of game such as African Bush Elephant, Cape Buffalo, Impala, Lion, Cheetah, Spotted Hyena, Lesser Kudu, Maasai Giraffe, Zebra, and Blue Wildebeest. Habitats range from dry scrub, wetlands with sulphur springs, savannah and woodlands, as well as 5 marshy swamps. Some of the best times to view wildlife is the dry season, from June to October, when animals gather around water-holes and the marshes. With over 400 species of birds and Africa’s big 5 mammals it’s no wonder this has become one of Kenya’s most visited parks. If you want to see Elephants then this is the place, having been protected from poaching for a long time, the elephants in Amboseli are particularly attractive to photographers having impressive tusks.

The Abrabuko Sokoke Forest: Located on the coast of Kenya, 110 km north of Mombasa and close to Watamu this unique reserve is just minutes from the waters of the Indian Ocean. Managed in part by the Kenya Forest Service and Kenya Wildlife Service the Arabuko Sokoke Forest is relatively small at just 400 sq km. Although small it offers a high degree of endemism, with mammals, birds and plants found nowhere else in the world. For instance the Clarke’s Weaver is only found in this forest, while the Sokoke Scops Owl, Sokoke Pipit, and the Amani Sunbird are found only here and in a small forest fragment in Tanzania. Mammals include African Bush Elephant, Sokoke Bushy-tailed Mongoose and Aders’s Duiker, all very difficult to observe in the thick forest. The Golden-rumped Elephant Shrew, an endemic about the size of a rabbit, is one of the most noticeable of the park’s special mammals as they are often seen scurrying across tracks. Nearby creeks and wetlands are important for wintering shorebirds so combined with this unique and very special park, this area offers a lot to the keen wildlife watcher.