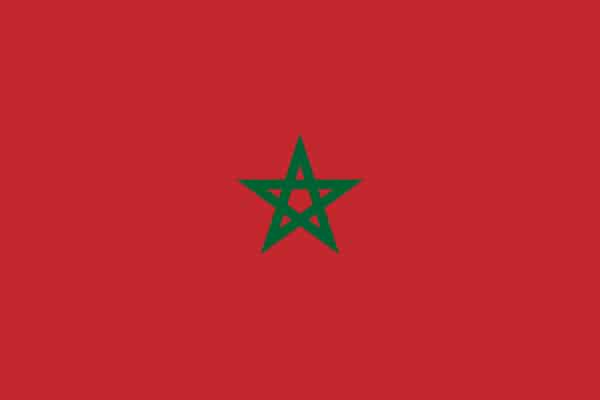 is a small elongated coastal country in North West Africa and has such a diverse and interesting range of habitats which is reflected by the huge variety of wildlife and birds on offer. From the high snow-capped Atlas mountains that rise to 13,665 feet, down to wooded foothills, Mediterranean scrub, through open sandy desert and on to coastal estuaries and rugged coastline. More than forty different ecosystems create homes to many rare, localised and endemic species making Morocco one of the top destinations for wildlife in North Africa. The huge sand dunes of the Sahara hold rare species such as Houbara Bustard, Desert Sparrow, African Desert Warbler, Egyptian Nightjar, Fennec Fox and even Sand Cat, while Mountain tops support African Crimson-winged Finch, Alpine Accentor and the Moroccan race of Horned Lark (Atlas Horned Lark. From early May In the mid Atlas mountains the Atlas Flycatcher arrives to breed, while other birds at this elevation include Moussier’s Redstart, Levaillant’s Woodpecker and Maghreb Magpie. Then there is the low dry stony desert and scrub where numerous larks, wheatears, warblers, sandgrouse, Cream-coloured Courser and even Pharaoh Eagle Owl exist. Finally the coastal estuaries surrounded by scrub and sand dunes are the favoured haunt of the endangered Northern Bald Ibis plus numerous other birds, reptiles, dragonflies and butterflies.

Erg Chebbi: The word ‘Erg’ means ‘sea of sand’ and Erg Chebbi is one of several ‘Erg’s’ in Morocco. The highest of these sand dunes rise to nearly 500ft, but it’s not just sand, there are numerous green oases hidden in deep valleys, and areas with scattered scrub. Amongst the desert specialists found in this habitat are several sought after species including the often very difficult to find Houbara Bustard, a bird that can be tracked by following its footprints in the sand. Other species that can be found here include the recently-recognized Maghreb Lark (2009), Streaked Scrub Warbler with the Moroccan race possibly a new species Sahara Scrub Warbler, African Desert Warbler, Fulvous Babbler, the incredibly camouflaged Egyptian Nightjar and even Pharaoh Eagle-Owl in some of the rocky areas. The small oasis’s and temporary pools play host to many migrants as they pass through from crossing the Sahara desert and are in need of vital sustenance. Birds like Blue-cheeked Bee-eater, many ducks, shorebirds and even Greater Flamingo. Mammals here are rare and scarcely seen, but there are a few reptiles.

Oukaimeden: The magnificent Atlas mountains stretch 1.600 miles across north west Africa and separate both the Mediterranean and Atlantic coastlines from the Sahara Desert. Oukaimeden sits in the High Atlas above the historic city of Marrakech. The highest peaks rise to 13,665 feet and spend a lot of the year capped in snow. The scenery is spectacular and the whole area is mecca for fossils which form a business for locals and big companies. Surrounded by alpine meadows the highest peaks are home to African Crimson-winged Finch, Water Pipit, Red-billed and Alpine Choughs, the endemic Barbary Partridge, Black Wheatear, Black Redstart and Horned Lark which is the local form could potentially be split as Atlas Horned Lark. From the tree-line down other specialties include Moussier’s Redstart, the localized Levaillant’s Woodpecker, Seebohm’s Wheatear (formerly treated as a race of Northern Wheatear), Golden Eagle, Booted Eagle, and the extra bright North African Blue Tit.

Boumalne area: The hillside town of Boumalne Dades is located at the edge of a desert plateau, beside the upper Dadès Valley which is more than 1500 m above sea level. There are several important habitats here but probably the most famous is the Tagdilt Track an area of flat stoney desert that initially looks barren of life but does in fact hold some amazing species. Crowned Sandgrouse may appear in small groups while noisy Black-bellied Sandgrouse fly overhead and elegant Cream-coloured Coursers run around. Larks are a big target with the superb Thick-billed Lark often top of the list which also includes Desert, Bar-tailed, Temminck’s, Thekla and Greater Hoopoe-Lark. There are plenty of other species to look for such as Maghreb Wheatear, Red-rumped Wheatear, Trumpeter Finch and several mammals with Fat Sand Rats and Barbary Ground Squirrels. In contrast to the desert is the nearby Gorges du Todra which as the name suggests is a steep rocky gorge. Bonelli’s Eagles nest here alongside Black Wheatear, Blue Rock Thrush and Alpine Swift while scrubby areas hold Tristram’s Warbler and Streaked Scrub Warbler.

Lodges in The Morocco