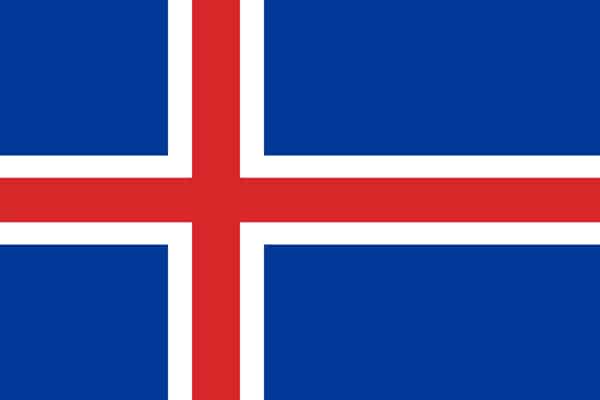 also known as the land of ice and fire! And it’s true when you realise that there are glaciers and numerous active volcanoes. This Nordic island sits in the North Atlantic Ocean just south of the Arctic Circle and enjoys a subarctic climate. The coastline of nearly 5,000 km is punctuated by numerous fjords and about 30 minor islands, while the interior of the main island contains habitats such as lava fields, lakes and tundra, in fact 63% of Iceland is tundra. There are three National Parks: the Vatnajökull National Park, Snæfellsjökull National Park, and Þingvellir National Park on this the most sparsely populated country in Europe. Iceland has a historic history of  whale hunting but times have changed and now since 1997 whale watching has become an important part of Iceland’s economy. Up to 10 species of whale and dolphin are possible from Iceland and there are now several tour operators offering trips to see these magnificent creatures. Arctic Fox is possible in the right habitat and birds, especially seabirds, are an important part of Iceland’s wildlife, Atlantic Puffins, Thick-billed Murre and Black-legged Kittiwakes and others all nest on the coastal sea cliffs. There are no native or free-living reptiles or amphibians on the island.

Hotspots & Wildlife:
Snæfellsnes Peninsula: This arm-shaped peninsula off the west coast supports fantastic landscapes which include lava caves, waterfalls, and mineral hot springs. The coastal cliffs are famous for their breeding seabirds and include Thick-billed Murre, Black Guillemot, Razorbill, Northern Fulmar and Iceland’s largest population of Atlantic Puffin.  The best time to visit is around late May into June when migrant birds have arrived and are in full breeding colours. With 24-hour daylight at this time of year it’s possible to visit a whole range of habitats and see a good selection of wildlife in just a couple of days. With luck it’s possible to see Arctic Fox and the surprisingly confiding Rock Ptarmigan, along with Snow Buntings and Iceland’s largest colony of Arctic Terns. On the coastal cliffs and larva cliffs the seabirds can be seen very well and occasional White-tailed Eagles fly past or skuas chase kittiwakes and guillemots. On ponds and lakes Common Eider, Red-necked Phalaropes and gorgeous Harlequin Ducks can all be found and with luck maybe a Gyrfalcon or Merlin.

Lake Mývatn: The shallow Lake Mývatn is an area of global importance for bird conservation, and is fed by spring water which flows under the lava beds that surround it. Each summer plays host to tens of thousands of insects which in turn is food for the countless ducks that nest around the lake. There are around 12 species of duck that arrive in late April and early May and include Tufted Duck, Scaup, Wigeon, Gadwall, Eurasian Teal, Red-breasted Merganser, Long-tailed Duck and the beautiful Harlequin Duck, but most importantly the rare Barrow’s Goldeneye. There are plenty of other birds to look for such as Rock Ptarmigan, Greylag Goose, Pink-footed Goose, Great Northern Diver, Northern Raven, Short-eared Owl and Parasitic Jaeger. Gulls are also plentiful, there are Dunlin, Golden Plover, Whimbrel, Common Redshank, Black-tailed Godwit, Common Ringed Plover, Purple Sandpiper, Common Snipe and Red-Necked Phalarope. And among the small birds around the edges you can find Redwing, Snow Bunting and Northern Wheatear, all keeping a lookout for the occasional Gyrfalcon or Merlin..

Flatey Island: Flatey Island as its name suggests is basically very flat, and it is found in northwest Iceland. It is some two kilometres long and about one kilometre wide and is the largest of around forty small islands that make up the Western Islands. It is reached by 2 daily ferries from the mainland, and in good conditions it is possible to see one or two whale species during the crossing. Over 30 different species of birds can be seen during the breeding season including seabirds such as Black Guillemot, Northern Fulmars, Kittiwakes, Razorbills, Common Guillemots, Brünnich’s Guillemots and Atlantic Puffin. It is said that photography opportunities of puffins are probably the best in the world as they are considered very confident. Other birds include Common Eider and White-tailed Eagle, lots of Arctic Terns, Redshank, Glaucous Gull and Common Snipe which are often seen sitting on fence posts. Brent Geese, Red Knots and Ruddy Turnstones all pass through, while delightful Snow Buntings sing from rocks and house roofs. Tiny clockwork Red-necked Phalaropes can be found with ease but the real prize for birdwatchers visiting this little island is the Red Phalarope with just a few breeding pairs.