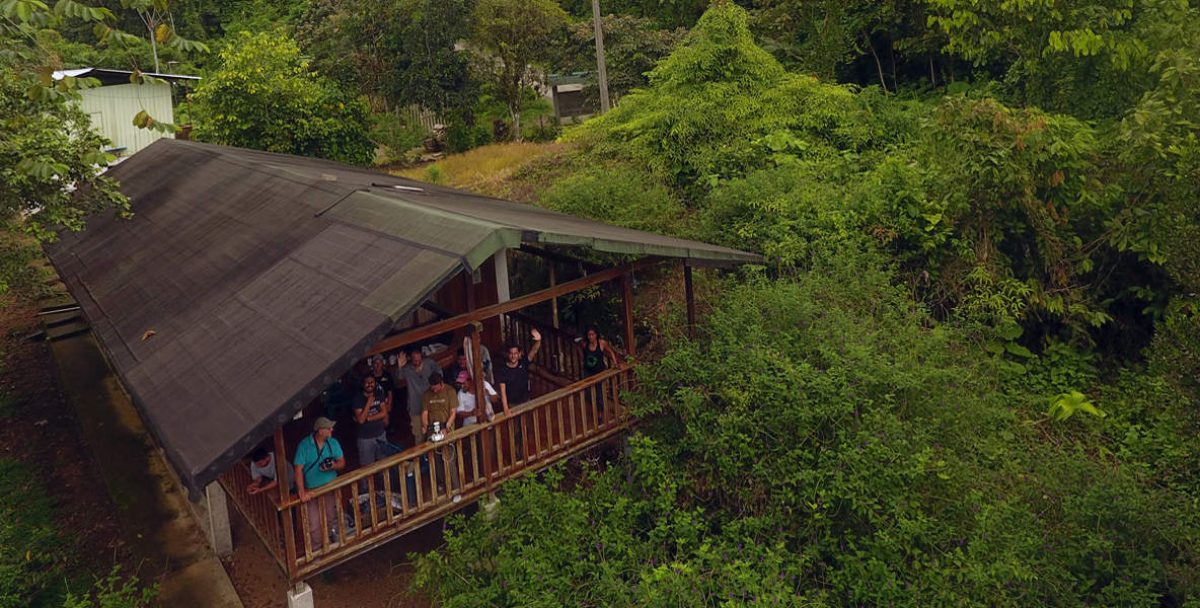 Chocó Lodge is an ecological forest hotel located in the tropical rainforest of the Choco Region, in the province of Esmeraldas.

It is settled at 300 m elevation, in one of the wettest regions of Ecuador. Three primate species are regularly observed, along with many threatened and range-restricted birds. The Lodge, equipped with four comfy rooms with private bathroom, is available year round for our guests. An excellent restaurant amidst tropical rainforest highlights the Lodge’s social area. Soon after your arrival, you will feel as part of this magical environment, peaceful and filled with natural beauty.

io Canandé Reserve is located roughly 5 driving hours from Quito. Take the Quito-Calacalí-Pedro Vicente Maldonado-La Independencia road. In Pedro Vicente Maldonado, take a secondary road towards Golondrinas, passing by La Celica. At Golondrinas, take a dirty road to La Te settlement and take a detour to Zapallo; then turn right towards the Canandé River, to a place known as Puerto Nuevo. Here, you will need to cross the river in a barge owned by Botrosa Timber Company (you will need a signed permission from Jocotoco Foundation’s office in Quito to get into the barge of Puerto Nuevo). The Reserve is 45 minutes further, on the road to Hoja Blanca. Road signs of Jocotoco Foundation will be found two km before getting to Agua Blanca.