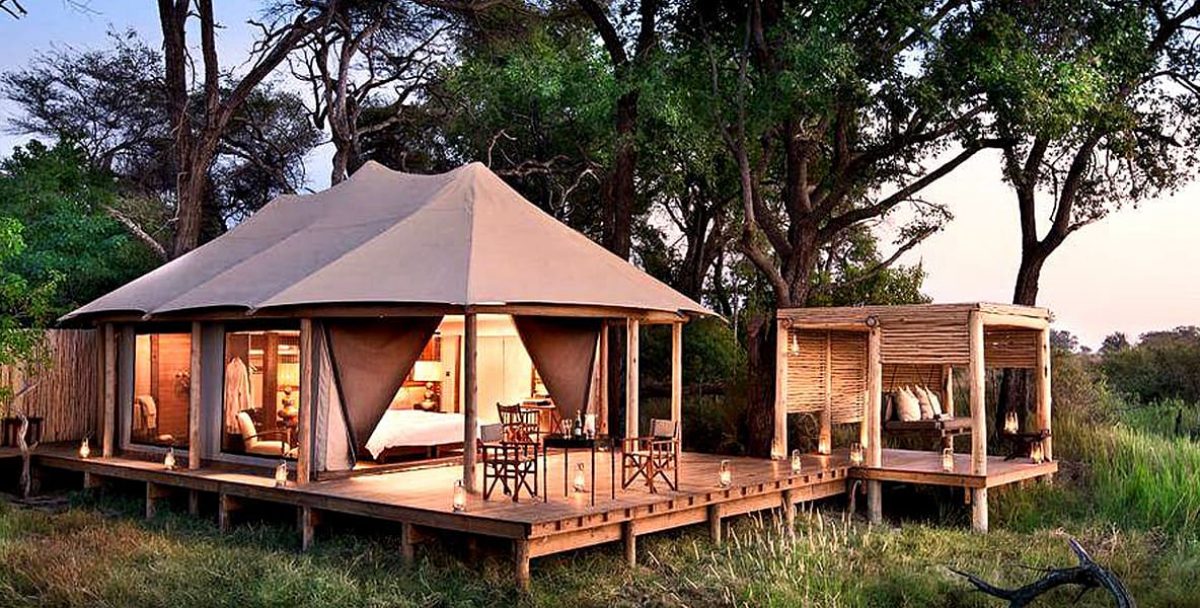 Konkamoya is the only lodge on the Itezhi Tezhi Lake in the South Kafue National Park. Four luxury thatched tents for only 8 guests, located in a peaceful and remote wildlife reserve. Family tents can be organized, free wifi internet connection, hot water from cast iron boilers and electricity provided by solar power. Activities conducted by a certificated guide. You don’t even have to leave camp to see some wonderful wildlife. Puku, Impala, Bush buck, Mongoose, Vervet Monkey and Elephant are all frequent visitors. Thanks to the backgrounds of the proprietors the menu includes Italian cooking. Transfers from Lusaka, Livingstone and other lodges in the Kafue National Park can be arranged by car. The Ngoma Airstrip is only 20 minutes driving from the lodge. Rates from 500 USD, full board and full activities, included bed levy and park fees.

Considered to be the new frontier in Zambian tourism, Kafue was founded in the 1950s and is among the five largest and oldest nature reserves in Africa. The park has a surface area of 22,500sq km and an untypical variety of topography; visitors will be treated to 160 species of mammals, including 20 different antelopes and four of the Big Five (wild rhino are sadly extinct), along with more than 500 bird species.

Among the areas of greatest interest, the Itezhi-Tezhi dam has created a large artificial lake that attracts wildlife during the June to November dry season, when herds of elephants, antelopes, crocodiles and buffalo can be spotted.

With no surrounding fence, Konkamoya Lodge integrates seamlessly into the surrounding bush deep in the heart of Kafue National Park. Each of the four tents is located on a wooden platform a metre above the ground to deter unwanted guests, while inside accommodation mimics a small apartment, complete with bedroom, sitting room, and

bathroom with hot and cold running water and shower: comfort and elegance in nature.

East-facing, all tents look across the breezy lake (Konkamoya meaning ‘follow the wind’), with marvellous views of the renowned African sunrise. All around are mahogany, ebony, baobabs…

Electricity is guaranteed by a solar system, lighting up tents, recharging batteries and charging wi-fi while being kind to the environment. There’s no generator to disturb the symphony of the bush under the starry sky: the deep roar of a male lion, the grunts of hippos and the distant coo of a Pel’s fishing owl are the only sounds, along with the chatter around the fireplace after an exciting night drive.
Exploring the wild with Konkamoya’s highly experienced guides is like taking a PhD of the bush.
Hot water comes from smart burning heaters fuelled only by dead wood, while chef Paul cooks al dente spaghetti with tomato and basil on firewood, followed by scented banana cake in the underground oven.

The property can be made exclusively available to private groups or families looking for that extra attention to detail when it comes to their trip of a lifetime.

A paradise on the shore of the Itezhi-Tezhi lake